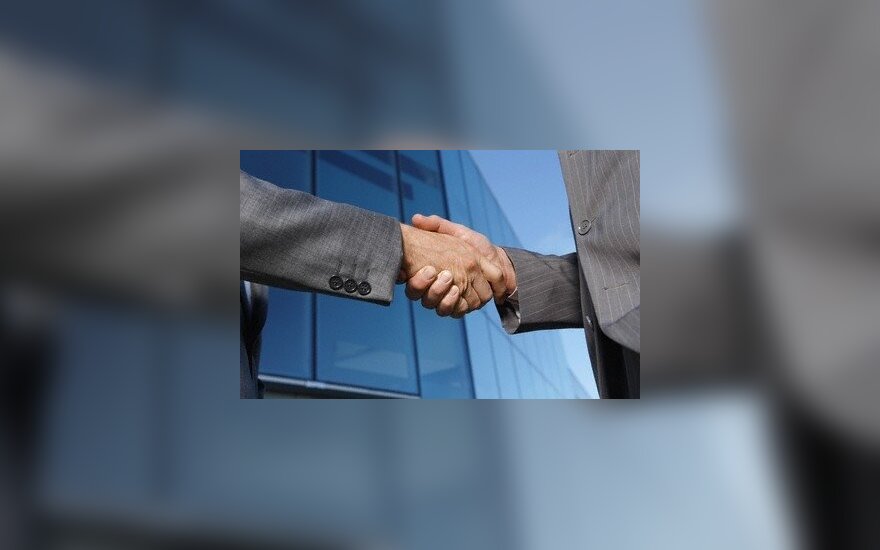 Lithuanian citizens are entrepreneurial people, but specialists note that the creation of individual business most frightens them due to the potential for public failure and society's limited tolerance for mistakes. The Amway Global Entrepreneurship Report 2016 (AGER 2016) revealed that in at least their immediate surroundings, budding entrepreneurs have support – an entire 58% of them would be supported by family and friends, the press release states.

Collectivism as a dampener for initiative

Business psychologist Dainius Baltrušaitis believes that a fear of failure is fairly universal, but it is strongly catalysed by the environment in our country.

"We are inclined to collectivism – in Lithuania many care greatly what others think of them. Note how quickly various fashions and mannerisms spread and are adopted here. We are simply very inclined to listen to the environment because that way we feel good, feel safer. The fear of failure in this context is very natural. Fearing the reaction of those around you, pressure is created and some cannot handle it," D. Baltrušaitis said.

However in daring to create one's own business, to create something that ever so slightly changes the world, one must distance themselves from the pressure of the public, otherwise one forgets their dreams and will have to continue sailing downstream.

"Business is risk, however at the same time it is new opportunities. Those who are truly intent on changing their lives and beginning a business operate based on a very different logic. People who dare to take up business are those who do not fear work and risk. They understand it will be difficult, but are prepared to work for their dream," the psychologist drew a portrait of budding entrepreneurs.

Based on the global study, one of the main motives of Lithuanians to start their own business is wishing to be one's own boss – an entire 51% of respondents identify it as their chief reason for creating a business. Lithuanians are also motivated by the possibility of obtaining extra income, while the desire for self-improvement and achieving dreams motivates around 40% of rookie businessmen.

UAB Investicijų ir Verslo Garantijos (INVEGA) general manager Algis Skiauterė points out he has noticed that those appealing for financial aid to start a business are far more obstructed by psychological barriers, rather than concerns over initial financing.

"Everyone who applies for investment to start a business knows that what matters most is a good idea, but no less important is to believe it yourself. One's own business is started or expanded for one's own welfare or that of relatives, thus the fear of failing is definitely significant. In evaluating projects and communicating with future businessmen we often encounter situations where they had to overcome many barriers, brainstorm hard over their business idea, calculate future investments and current funds, as well as dare to risk in order to start a business," A. Skiauterė said.

According to him if there are doubts over the idea's potential, the doubts are often dispelled upon hearing of the opportunity for exemptions in loans. Specifically entrepreneurship encouraging loans which are provided at low interest rates through credit unions and are financed from the 2014-2020 EU social fund allow to safely start business.

Business psychologist D. Baltrušaitis concurs, noting that the lack of financial resources is not much of an obstacle nowadays. "Fears of financing and risk are no longer as great these days. There is a myriad of various flexible instruments, funds and various opportunities how to finance a business and also there is no lack of advisors and assistants. The only thing in the way is not believing it is possible. I would certainly not write everything off to finance and my formula for success for beginners is made up of three components – believe you can, have a good idea and work hard," the psychologist summarised.

D. Baltrušaitis also points out that every business' success is the desire to lead.

"The beginning is always an idea, a vision, a thought, a dream – that which is hard to measure, but very important. The desire to create more than before, to do better and more. Such is the raison d'etre of any business. Lacking this, there is good reason to ask what such a business is for," the expert said.

According to him, nowadays those who are prepared to wake up every morning wondering how to do better than yesterday can all do business. Asking themselves, what can I do so the client is more satisfied?

"We live at a time where it is more crucial than ever before to satisfy the client's expectations and desires. Simply put, if I miss, there will always be someone who will answer those expectations better. Such is the recipe for success. Business has to create added value and resolve problems – this must not be forgotten at the start of creating a business," the business psychologist explained.

More and more Lithuanians are realizing their ideas with the help of crowd-funding platforms like...