No independent confirmation of Russia's allegations against Ukraine - EU ambassador

BNS
Vygaudas Ušackas, the EU's ambassador to Russia, says that Russia's allegations of a Ukrainian incursion into Crimea have not been confirmed by independent observers. 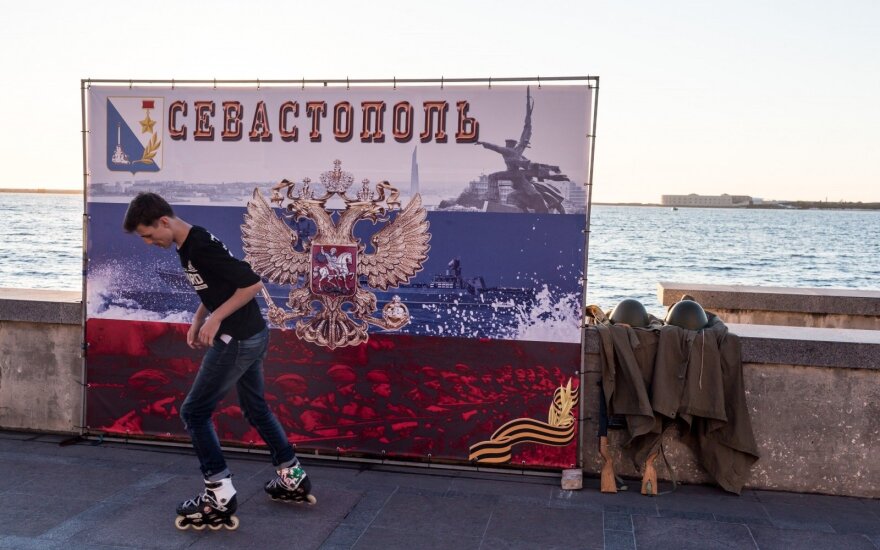 The diplomat underlines that the EU does not recognize the illegal annexation of Crimea and calls on all parties to implement the Minsk agreements over eastern Ukraine.

"We reiterate our condemnation and non-recognition of the illegal annexation of Crimea and Sevastopol by the Russian Federation. The European Union continues to be unwavering in its support for the territorial integrity and sovereignty of Ukraine," Ušackas said in a comment to BNS when asked to comment on the situation in Crimea.

"It is also important to note that there has been no independent confirmation of the claims made by the Russian authorities. The OSCE SMM in Ukraine does not have access to the peninsula," the diplomat said.

"The EU calls for a peaceful resolution of the conflict, including in eastern Ukraine, where all parties - including Russia - must fully engage in the complete implementation of the Minsk agreements," he said.

Russia's Federal Security Service said on Wednesday that it had thwarted "terrorist attacks" by the Ukrainian military in the Black Sea peninsula, which Russia annexed in March 2014. Russian President Vladimir Putin said that talks with Ukraine were now "pointless".

Ukraine strongly denies the allegations and warns that Moscow may be looking for a pretext for a new offensive. Ukrainian President Petro Poroshenko has put all military units near Crimea and the Donbass region, which is controlled by pro-Russian separatists, on a heightened level of combat readiness.

NATO’s new force posture in the Baltics: No longer a buffer zone

It was a summit of modest expectations and modest results for the North Atlantic Treaty Organization (...

Russia's accusations against Ukraine 'as old as KGB handbook' - Linkevičius