No discussion on admitting refugees from North Africa to Lithuania yet, PM says

Elta EN
aA
Prime Minister Algirdas Butkevičius says that the Lithuanian government is ready to help the EU's efforts in solving illegal migration from Africa crisis and contribute to search and rescue operations in the Mediterranean with equipment and human resources. As regards allowing refugees from Africa to resettle in Lithuania, however, it may be discussed at a later time, according to him. 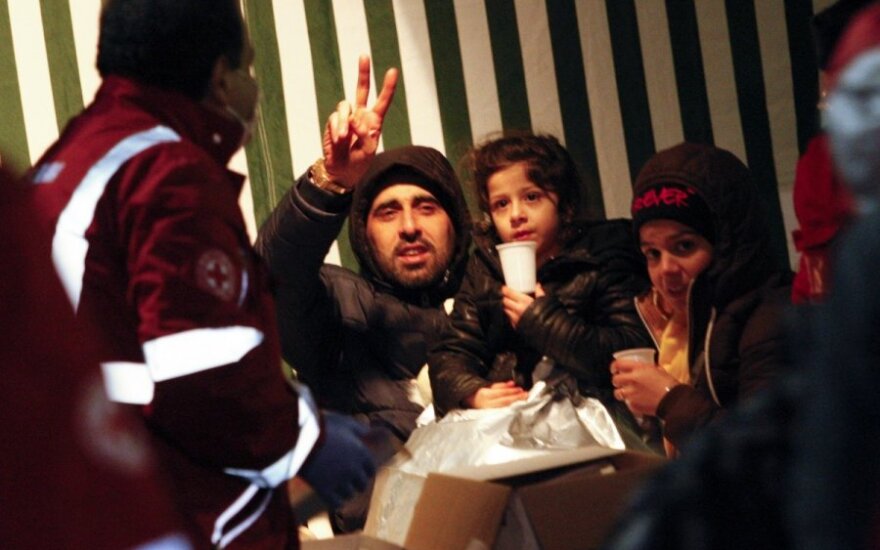 The prime minister emphasised that as the flow of illegal immigration from North Africa is not decreasing, the European Union member states must act united in order to solve the problem.

"Most probably a helicopter with a crew will be deployed, which would contribute to searches at sea," the prime minister told the radio Žinių Radijas.

Asked about admitting immigrants to Lithhuania, Butkevičius said the matter would not be discussed at the moment, only additional funds are projected to be provided.

Meanwhile Lithuanian foreign minister has said that the country will send one search and rescue helicopter to the Mediterranean Sea where thousands of refugees from Northern African have died lately.

"We have made the decision to send a search and rescue helicopter for several months. It will be our contribution to the Frontex operation," Lithuanian Foreign Minister Linas Linkevičius told journalists on Thursday.

The Lithuanian government said in a statement that Lithuania should make an active contribution to the rescue operation in the Mediterranean Sea. The country will therefore send a helicopter with a crew of ten from the State Border Guard Service for two months.

800 refugees from Northern Africa drowned in the Mediterranean Sea last weekend alone when their boat capsized.

As the Lithuanian Government has decided to send a helicopter of the State Border Guard Service (VSAT) with a crew of 10 to the rescue operation zone in the Mediterranean Sea, Interior Minister Saulius Skvernelis thinks that Lithuania is ready to accept and integrate refugees as well.

The minister explained that the VSAT helicopter is not made for rescue operations but it will be used for border guarding in order to monitor and control the illegal border crossing. Skvernelis reiterated the words of Prime Minister Algirdas Butkevičius who said that the operation costs will be covered by FRONTEX, while Lithuania will only have to pay the VAT share which is around EUR 51,000.

Asked whether Lithuania would be ready to accept migrants and integrate them into the society, Minister Skvernelis said that it was a sensitive political question.

"Personally I do not see any problems about their integration. I believe that we would be ready to accept a certain small number of migrants and show solidarity with Europe. We could consider accepting those refugees who are already in the member-states of the European Union, but not from third countries," the minister said.