BNS
aA
A no confidence vote against the European Commission is an attempt to steal some limelight by far-right groups in the European Parliament, says Lithuanian EU Commissioner Vytenis Andriukaitis. 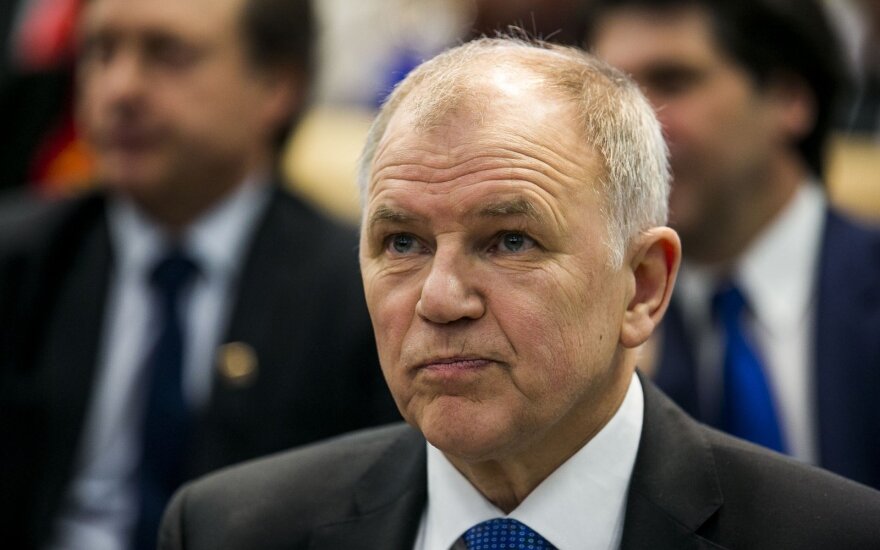 Andriukaitis, the EU commissioner for health, said that the procedure initiated in connection to his area of responsibility is ungrounded, as the EC intended to meet its commitments.

The procedure of no-confidence in the commission led by Jean-Claude Juncker was initiated by politicians from several Euro-sceptical groups, including the leader of the French far-right National Front, Marine Le Pen.

"This is taking advantage of the political agenda in an effort to be more visible, as the groups have no major influence in the European Parliament, with the exception of a few noisy campaigns," Andriukaitis said on Tuesday.

The MEPs claim that the European Commission has failed to comply with its legal obligation to publish scientific criteria for defining endocrine disruptors. In Andriukaitis' words, the commission has already announced its plans of submitting the criteria by the end of June.

"Obviously, their aim is to get ahead of events – we will definitely submit the criteria in June – and launch a political campaign that would enable the far-right to say: see, we initiated a no-confidence procedure and the commission therefore submitted the criteria," he added.

This is the second no-confidence vote in the European Union's executive arm, according to Andriukaitis. Observers say it should fail with no support from the biggest political groups in the European Parliament.

The issue should be discussed in plenary next week.