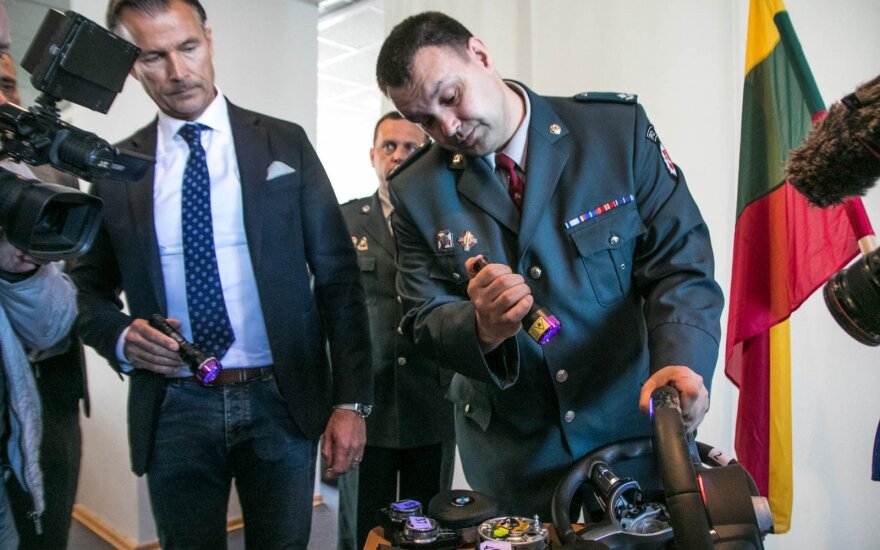 "Lithuanians account for around two-thirds of such crimes," Ville Paloheimo, superintendent at the Department of National Operations, said at a news conference.

"We suffer huge losses due to these thefts. In 2016 alone, around 3,000 thefts were committed, mostly of navigation systems and wheels. In each such case, repairs cost the owner or the insurance company 15,000-20,000," he said.

Seven John Deere tractors were found in the district of Jonava, in the county of Kaunas, last year, which was one of the examples of successful joint investigations by Kaunas police and Swedish officers, Raimondas Baltaduonis, head of the property crimes investigation board at the Kaunas criminal police, said.

James Mulvey , a suspected British drugs trafficker who was detained in an international operation...

Lithuanian police are buying a new motor boat that the anti-terrorist operations unit Aras will use...