DELFI EN
aA
On Friday, 11 July, in the garden of Kaunas Vytautas Magnus Museum, the new commander of the Riflemen Union was been officially sworn in. The reserve’s Colonel Antanas Plieskis officially ceded leadership of the union to Colonel Lieutenant Liudas Gumbinas, and the newly appointed commander is already planning for the future. 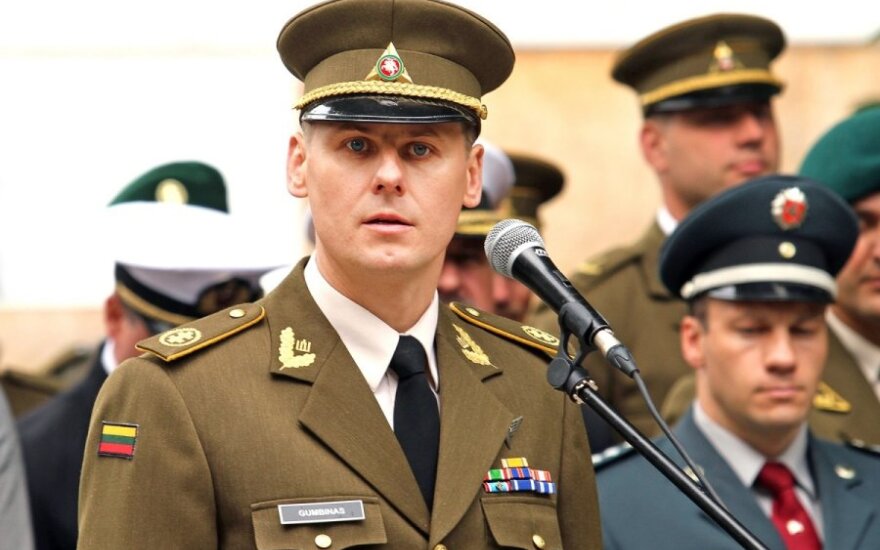 Liudas Gumbinas, 39, will be leading the Union for the next three years.

“A lot of work is already waiting but right now I see three priorities. First is to continue the work of strengthening the union. Second priority – juristic base. Those are the questions that have been raised by society and the base of law. We will explore how to constructively communicate with the Ministry. To be honest, changes of the law are due and essential. Third priority – to attract more members to the union. I believe that the number of Union members can be increased by a third,” said Gumbinas.

Some 7,500 members already belong to the Union, but Gumbinas hopes to raise that figure to 10,000 in the next three years.

“There is no (single) answer on how to attract more members – only a complexity of ways to do it. I would emphasise a couple of things. Today’s happenings in the world naturally promote (people) to join the Union. People’s consciousness and patriotism shows that the 13 January happenings are not over. Also, I believe that the Union’s leader should present a proper example. I demand this of myself. If the right leaders are elected, more members will be attracted (to the Union) naturally,” Gumbinas said.

In his first speech Gumbinas said that he comes to his new duties with absolute calm.

“This is a very unique organisation, because it is a paramilitary-society organisation. People here are not attracted by job agreements or salary. Of course, there are some full-time employees, but they come here voluntarily. They have their own jobs but they volunteer their time working for the Union. The Union has very big potential. We have people from different professions and levels of education. It is a very strong organisation. We are the defenders of the nation. Do not take the word ‘defender’ at face value and asssume that we defend the nation only with guns. We are the people who care about Lithuania‘s safety, future, and prosperity; from the use of the Lithuanian language to the gun,” Gumbinas told DELFI.

Riflemen's Union to step up standards for members

In the wake of discussions about suitability of a riflemen to head one of the units after posing in...