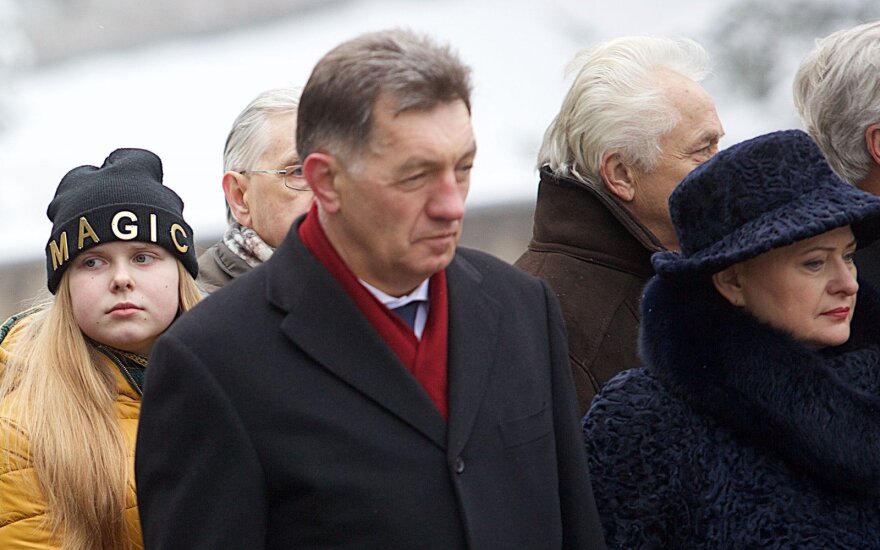 Despite a raft of scandals hitting the party during the month, the Social Democrats increased their support slightly while the President's approval rating fell again from 54.1% to 51.7%, according to a new public opinion from Vilmorus.

The poll contradicts the findings of another poll on Friday which showed Prime Minister Butkevičius' ratings falling 7 points in February, and the Social Democrats, suffering a 5-point drop in support to 21%.

Commenting on the president‘s falling ratings, Vladas Gaidys, the head of Vilimorus, said that: “they are decreasing for a second month in a row. And the result is almost the lowest in two terms.”

The poll found the Homeland Union – Lithuanian Christian Democrats were the country‘s second most popular party at 9.9% (up from 9.1%) closely followed by the Liberal Movement at 8.7% down from 9.6%, and the Order and Justice Party virtually unchanged at 7.4%. The Peasant and Greens Union rose from 5.9% a month ago to 7.1% in February, while Labour party support fell to 6.8%, from 7.7%.

The Vilmours poll found Ramūnas Karbauskis, the head of the Peasant and Greens Union, was the fourth most popular politician in Lithuania, with Kaunas mayor Visvaldas Matijošaitis is the fifth. Liberal Movement leader Eligijus Masiulis is in sixth place, while Foreign Affairs Minister Linas Linkevičius, Vilnius mayor Remigijus Šimašius, leader of the Labour Party Valentinas Mazuronis and Defence Minister Juozas Olekas round out the top 10.

Order and Justice chairman Rolandas Paksas also rated poorly among voters with just 28.8% approving of his performance while 45.2% of people viewed him unfavourably. Labour Party Chairman Valentine Mazuronis approval and disapproval ratings were almost evenly split at 33.9% and 32.3% respectively.