BNS
aA
The formation of a new political group in the Lithuanian parliament was on Wednesday announced during a plenary sitting on Thursday.
Sekite svarbiausias naujienas socialiniuose tinkluose! 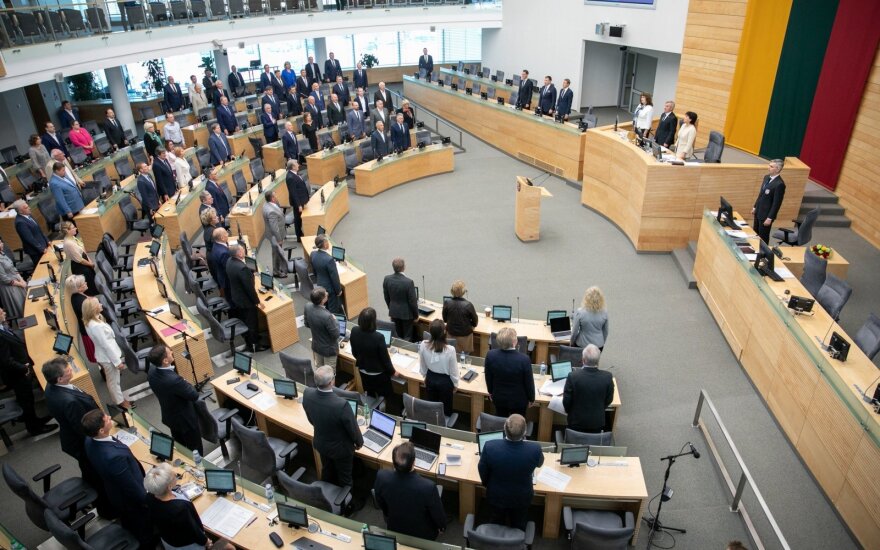 The group, named "For Lithuania's Wellbeing", will be led by Vytautas Kamblevicius, an ex-member of the Order and Justice party and the former elder of its political group in the Lithuanian parliament.

"We will announce it in the morning," Kamblevicius told BNS Lithuania.

In his words, the group has seven members, including Kamblevicius, Ona Valiukeviciute, Algimantas Dumbrava, Juozas Imbrasas and Kestutis Bartkevicius, who all left the Order and Justice party, Algirdas Butkevicius, who is yet to announce his exit from the Social Democratic Labor Party of Lithuania's political group, and also Rimas Andrikis who left the Order and Justice party earlier and now working in the non-attached group.

Under the Statute of the Seimas, a political group can be formed by at least seven lawmakers, and such a group starts working after its formation is announced during a plenary sitting.

It will be the seventh political group in the Seimas of Lithuania.

The existing ruling coalition agreement was signed in July by the Lithuanian Farmers and Greens Union, the Social Democratic Labor Party of Lithuania, the Order and Justice party and the Electoral Action of Poles in Lithuania – Christian Families Alliance.

Runoff will be needed to elect 3 new MPs

Elections to fill three vacant seats in the Lithuanian parliament were held in single-member...

Three new members of the Seimas were sworn in in the parliament on Thursday following last...