LT Daily, media brief
aA
An interactive musical park bench has been given to Vilnius by the Polish Embassy to commerorate the closing of the year dedicated to the composer, politician and diplomat Mykolas Kleopas Oginskis (Michał Kleofas Ogiński). 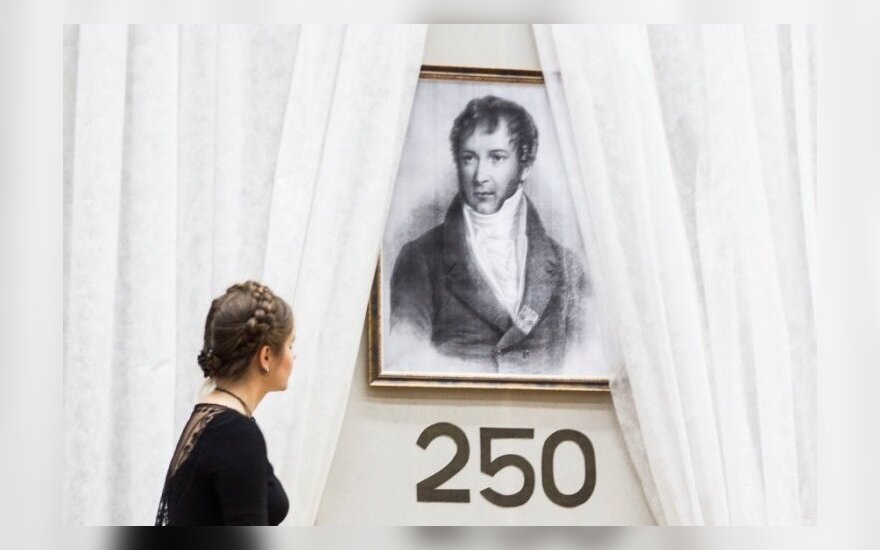 The multimedia bench with music by Oginskis has been installed at K. Sirvydo square in Vilnius‘ old town. By pressing a button people will be able to hear some of Oginskis' music, and read information about the composer.

To honour the 250th anniversary of his birth, 2015 was marked with a year of commerorations for the composer, and was included in the global UNESCO list of commemorative dates.

M.K.Oginskis (1765-1833) was a man of many talents: politician, diplomat, member of the Polish–Lithuanian Commonwealth parliament, an honorary member of the Vilnius University Science Council, a member of Lithuania‘s rebel government, Lithuanian national supreme council member, a promoter of social reform ideas, a writer of memoirs, and a composer.

He actively participated in politics, public administration, education, social reform, in particular the abolition of serfdom, and the enhancement of cultural accessibility and public promotion of creativity. Oginskis is buried in Florence, Italy.