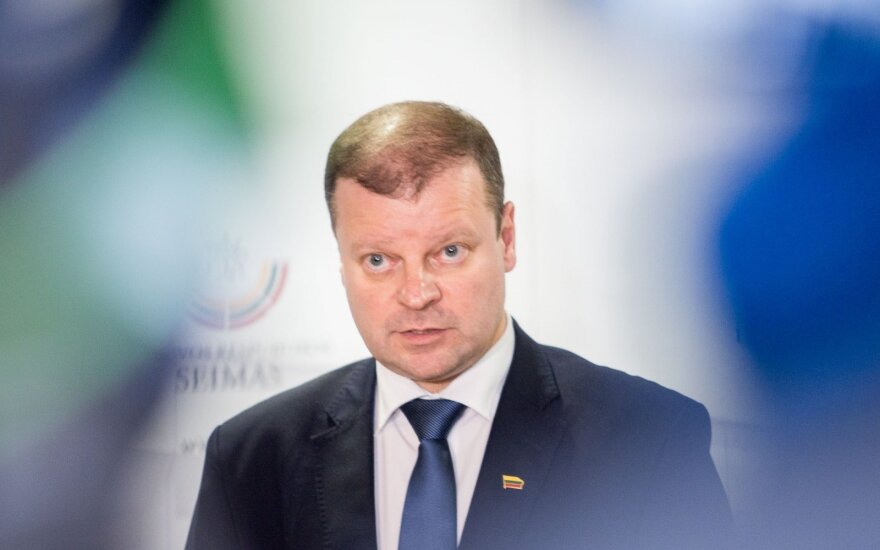 The candidatures were earlier presented to the President Dalia Grybauskaitė, who plans to start meetings with the candidates on Thursday.

The candidates include Žygimantas Vaičiunas, now Lithuania's energy attaché in Brussels, for energy minister, and Vilius Šapoka, a former director of the Financial Services and Markets Supervision Department at the central Bank of Lithuania, for finance minister.

Raimondas Karoblis, a diplomat who holds the post of deputy foreign minister in the outgoing government of Social Democratic Prime Minister Algirdas Butkevičius, is proposed as the next defense minister.

Outgoing Energy Minister Rokas Masiulis, an economist by profession, is likely to get the job of transport minister in the new coalition government and Linas Linkevičius will probably stay on as foreign minister.

Kęstutis Navickas, chairman of the Coalition of Lithuanian Environmental Organizations, is the candidate to become the next environment minister, and Liana Ruokytė-Jonsson, an actor, translator and culture diplomat, is the candidate for culture minister.

Linas Kukuraitis, a social science expert who now heads the charity organization Caritas of the Roman Catholic Archdiocese of Vilnius, is proposed for the post of social security and labor minister, and Aurelijus Veryga, a professor of biomedical sciences and a member of the new Seimas, for health minister.

Jurgita Petrauskienė, director of the research and higher education monitoring and analysis centre MOSTA, is the candidate for education and science minister, and Darius Petrošius, a Social Democrat and former lawmaker, for justice minister.

Skvernelis on Tuesday received a mandate from the president to form his Cabinet and submit its program to the parliament for approval within 15 days.

Skvernelis was proposed as prime minister by the Lithuanian Peasant and Green Union (LPGU), which won last month's parliamentary elections and agreed to form a coalition government with the Social Democrats.

President to comment on ministerial candidates after meeting them