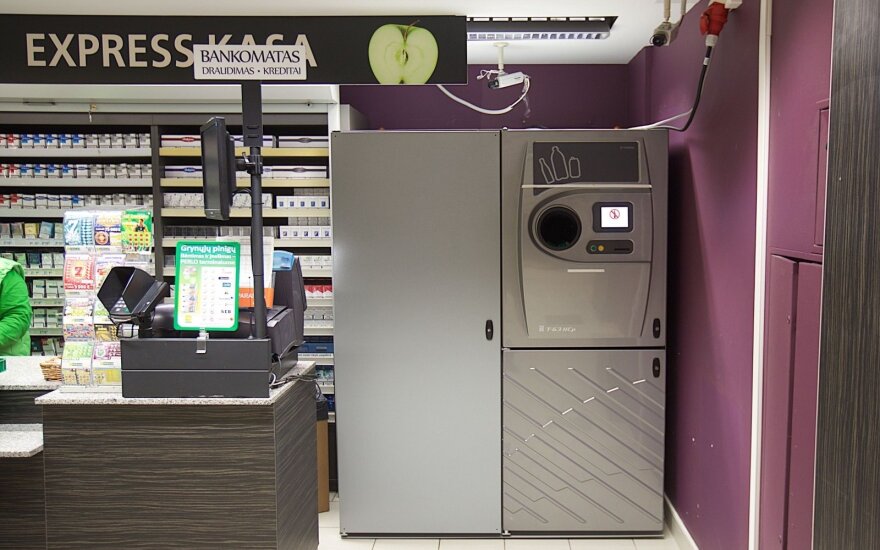 The packaging deposit system, whereby buyers pay a deposit on most plastic bottles and cans when buying drinks, has significantly changed recycling and even buying habits of Lithuanian consumers.

As of this year, buyers in Lithuania pay extra €0.1 when purchasing most bottled beverages, a deposit they can reclaim by returning the packaging to automated reverse vending machines, called the "taromatas" locally.

An absolute majority of the Lithuanian population are already familiar with the new reverse vending machines that were installed in most supermarkets across Lithuania early this year, with 89% of the population having used them already.

The system, in place for over half a year, has already changed not only the refuse sorting habits of Lithuanians, but also drink purchasing habits, according to a study released by TNS LT.

Before the introduction of the deposit system, some 40% of Lithuanians say they used to simply dispose of plastic bottles with their general trash. Now only 7% of the population do so. The situation is similar with aluminium containers (48% before to 7% now) and glass (24% before to 6% now).

Moreover, 11% of Lithuanians have changed their drink purchasing habits, mostly changing the packaging they purchase cider (17%) and beer (16%) in. These drinks are now mostly bought in cans (42% for beer and 22% for cider).

The opportunity to get back the €0.1 deposit is the main reason for using the reverse vending machines for 48% of Lithuanians. Only 27% of the population recycle consciously, with 31% of the respondents claiming their actions could be seen as such.

“We can conclude that Lithuanians have gotten used to the new deposit system, are familiar with it and are happy to use it. As many as 58% of the respondents stated they recycle more packaging now that the reverse vending machines are out, 43% do so more often and 54% believe that dropping off drink containers has become simpler due to the system,” said Darius Rinkūnas, Project Manager for TNS LT.

At the same time a number of issues were highlighted in survey, with people highlighting technical breakdowns, foul odour and problems scanning containers as being the main problems. The survey was conducted online in August, interviewing 600 respondents aged 18 to 60.

Over 3,000 new waste containers to be installed in Vilnius

Vilnius authorities will spend over 10 million euros over the next two years to install around 3,000...