BNS EN
aA
The deployment by Russia of new missiles in its Baltic Sea exclave of Kaliningrad is aimed at restricting access for NATO allies' ships to the Baltic countries, the Lithuanian Defence Ministry said. 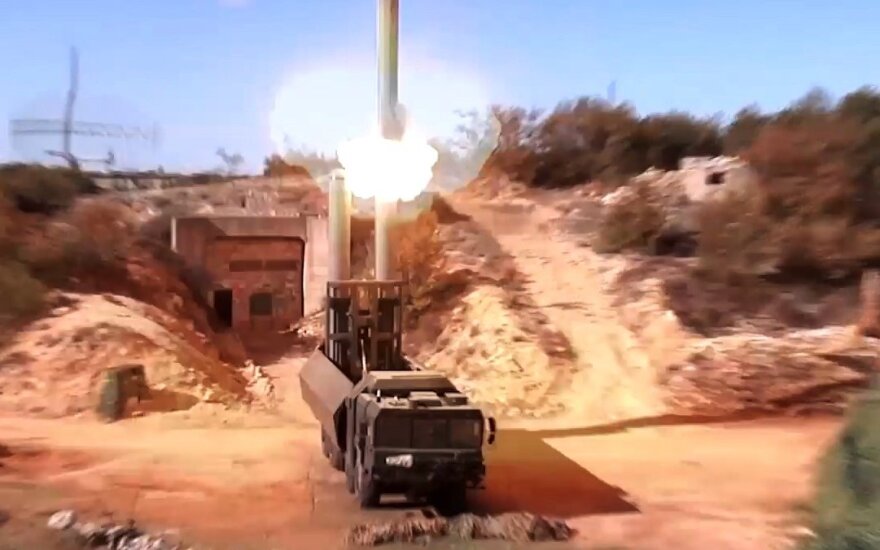 The ministry was commenting on a report that Russia has deployed Bastion coastal defence missile systems in the region wedged between Poland and Lithuania on the Baltic Sea.

According to the ministry, Russia consistently continues the militarization of the exclave to make it more difficult for NATO to move reinforcements into the Baltic countries in the event of a conflict.

Related articles
Regions of Russia – equal subjects of federation or hostages to centre?
Is sleeping beauty Kaliningrad Oblast about to wake up?

"In this particular case, Russia is enhancing its A2/AD capacities in the Baltic Sea region through the deployment of the Bastion coastal defense missile systems in Kaliningrad. This armament system is designed to restrict access by sea, hinder access for possible Allied reinforcements to Lithuania, Latvia and Estonia via the Baltic Sea," the ministry's Public Information Division told BNS in a comment.

"These steps by Russia do not facilitate the strengthening of security in Europe," it added.

The Russian news agency Interfax reported about the deployment of new missiles in Kaliningrad on Monday, citing its sources. It is said that Bastion mobile coastal defense missile systems, which use Oniks anti-ship missiles, can strike targets at a distance of 350 kilometers at sea and 450 kilometers across land. One system may include up to 36 missiles.

The Lithuanian Defense Ministry says that it is waiting for Russia to inform NATO about the military build-up.

"Our position is that the Russian Federation should provide NATO with information about the modernization and deployment of its capabilities and weaponry, as well as large-scale military exercises," the ministry said in its comment.

"NATO, on its part, informed Russia back in July about the decisions adopted during its Warsaw summit and NATO is also ready to provide information about the biggest exercises of 2016. We expect the same approach from the Russian side," it said.

Regions of Russia – equal subjects of federation or hostages to centre?

Based on its Constitution, Russia is a federation. It is natural, given the state‘s size and...

As the Baltic States continue to confront Russian air and naval power in the Baltic Sea, two small...

NATO Secretary General Jens Stoltenberg on Thursday assured the Baltic states that the most...

An intensifying demonstration of Russia's military power in the region poses a threat to security...