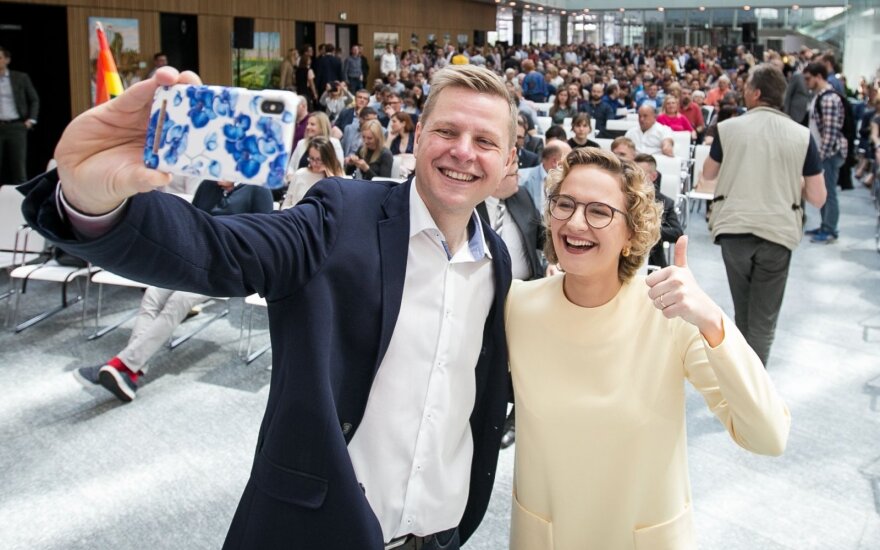 The new party vows to spread political ideas of liberalism, declares the principles of respect for diversity and economic initiatives and will take the Western geopolitical direction.

Armonaite, 30, was elected the new party's chair. During the founding convention in Vilnius, she called on people not to fear change and possibilities the XXI century opens up for Lithuania.

"Some politicians see Lithuania as a grey, scared, closed state sunk in disputes. Sometimes they make others believe so too," the politician said. "Lithuania is completely different. People in Lithuania are educated, hard-working, creative, open and they have seen the world and part of that changed Lithuania is here. The XXI century can be a century of new opportunities for our Lithuania."

Related articles
MG Baltic case. The secret “colour system” of the Liberals and funding
Paluckas expects “Farmers” will not win any elections

She also said the party's establishment was determined by the idealism of many young people who were not involved in politics so far, and they wish to open a new page following "internal intrigues" within the Liberal Movement.

The new party hopes to run for parliament next year, and Armonaite said, the party will be initially funded by members' contributions only.

There are now 24 political parties in Lithuania.

Simasius and Armonaite left the Liberal Movement last year after the party's leadership objected to the Vilnius mayor's plans to seek reelection with a public election committee, not the party.

The Liberal Movement received a major blow three years ago when corruption allegations were brought against the party's then leader Eligijus Masiulis. Currently, the party as a legal entity is also charged in the case which is being heard by a Vilnius court. The defendants in this case deny all accusations.