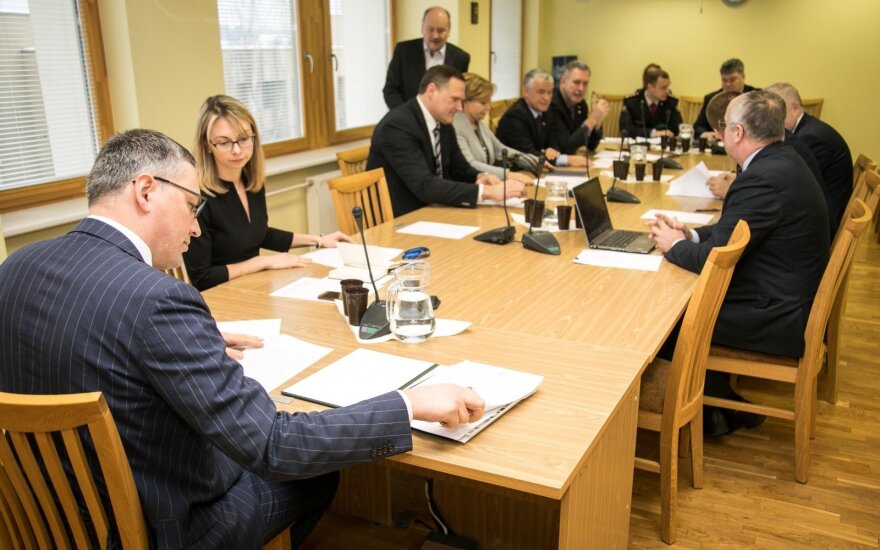 The proposal by HU-LCD leader Gabrielius Landsbergis and his colleagues comes in response to President Gitanas Nauseda's recently proposed amendments to the Law on Intelligence, which in fact would expand the powers of intelligence institutions.

"We agree that there's the need to bolster national security institutions in the face of growing hybrid threats from Russia, Belarus and China. But we also want the public to have confidence that additional powers and instruments will be used strictly for the intended purpose and will not create conditions for the violation of democratic human rights and freedoms," Landsbergis told BNS.

In his words, the HU-LCD political group in the Seimas will back the presidential amendment package only if it includes their proposed amendments on the ombudsman's institution.

The conservative leader also paid attention to the fact that the Seimas had already backed the establishment of such an institution when it endorsed the conclusions of the CNSD's investigation into businesses' influence on political processes several years ago.

"The whole Seimas already voiced its support for such an institution when it approved the conclusions of the CNSD's investigations and recommendations, with such institutions now existing in Western democracies. We will back additional powers for intelligence only if our proposed safeguards are taken into account," Landsbergis said.

The ombudsman would evaluate the compliance of intelligence institutions and officers' actions with laws, the justification and legitimacy of intelligence methods, as well as complaints from people previously subject to investigations.

A Lithuanian citizen of impeccable reputation with higher education and allowed to work with secret information could be appointed intelligence ombudsman for a term of five years upon proposal by the CNSD and nomination by the speaker of the Seimas.

The same persons would not be able to serve as intelligence ombudsman more than two consecutive terms.

On Christmas Eve, Nauseda registered the amendments to the Law on Intelligence that would expand the powers of intelligence services.

Some lawyers and lawmakers who looked into the bill say such amendments might run counter to human rights and distort the essence of intelligence.

The proposed amendments, among other things, include a proposal to legalize the possibility for intelligence services to summon a person for a preventive conversation. Moreover, intelligence institutions would be given the right to check ID and carry out administrative detentions.

The amendments to the Law on Intelligence, proposed by Lithuanian President Gitanas Nauseda, would...