BNS
Monika Garbačiauskaitė-Budrienė, the new general manager of the Lithuanian national radio and television (LRT), pledges to bring more transparency to the operations of the national broadcaster. 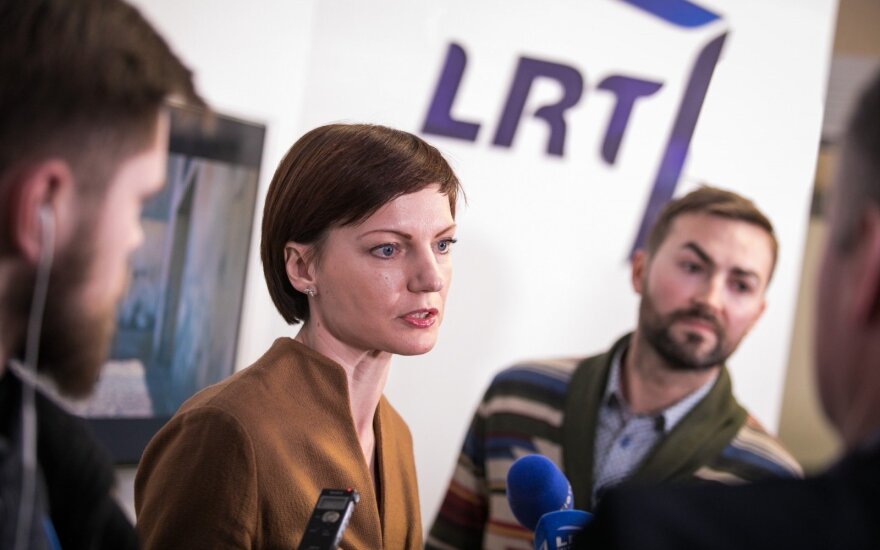 "LRT operations would truly benefit from more transparency and publicity. This is what we plan to do, together with the council we will decide on the scope of going public with the processes," Garbačiauskaitė-Budrienė told journalists after meeting with Parliamentary Speaker Viktoras Pranckietis on Thursday.

"I believe we could publish participants and results of tenders to a broader scope. Of course, not all of the details, however, we could publish cost estimates or parts of them. We can definitely publish more information. Maybe average wages," she added.

The parliamentary speaker said he had also accentuated publicity and transparency of LRT operations during the meeting.

"I read her program when she was applying for the position. I was impressed by all of the issues, I feel the same, and this is the common interest of all people to know more about LRT," said Pranckietis.

The new LRT chief said she had already selected a candidate for deputy, pledging to name the person later, however, before the April 17 meeting of the LRT council.

Speaking about the first tasks, the head of the national broadcaster said they would include acquisition of new broadcasts for the new season and ordering an independent audit.

Garbačiauskaitė-Budrienė was elected LRT general manager on March 20 and took office on Wednesday.

She took over the post from Audrius Siaurusevičius who had headed the national broadcaster for two terms from 2008.

LRT currently includes three television channels, three radio channels and a news portal. This year, state allocations to the national broadcaster stand at 36.5 million euros, which makes the bulk of the company's budget.

President Dalia Grybauskaitė is calling on the Lithuanian Radio and Television (LRT) Council to...

The European Broadcasting Union (EBU) has refused to join the activities of the Lithuanian...

Širinskienė refuses to join a discussion due to Jakilaitis‘ participation