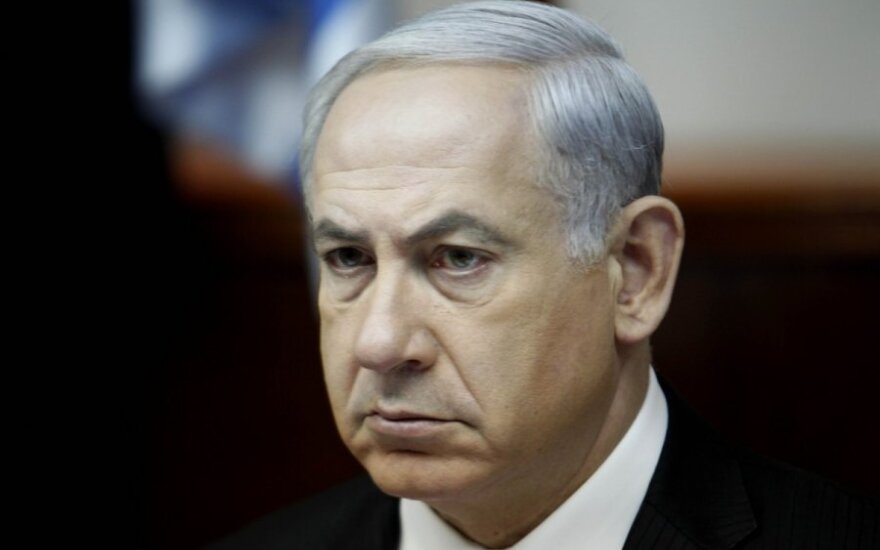 Ahead of his four-day visit to Lithuania, Netanyahu said Europe's existing position towards his country is "not always friendly ".

The EU strongly criticizes Israel over the expansion of Jewish settlements in the occupied Palestinians territories.

Netanyahu said ahead of this his flight to Lithuania that the invitation to a meeting of the Baltic prime ministers, " reflects Israel's growing stature around the world".

The Israeli prime minister said he was interested in closer economic and political ties with the Baltic states.

Traditionally, Lithuania is among the staunchest diplomatic supporters of Israel in Europe but diplomats have lately been forces to balance between different EU and US opinions.

Netanyahu plans to pay attention to the history of Lithuanian Jews during his visit.

"Beyond this, during the visit to Lithuania I will, of course, recall the splendid Jewish community that was there, its great heights and the abyss of the tragedy of the Holocaust. There is also a personal aspect to this. The families of my parents – of blessed memory – came from Lithuania at the end of the 19th century and the beginning of the 20th; I am making this visit also for this," the Israeli prime minister said.

Netanyahu will be received by Lithuanian Prime Minister Saulius Skvernelis later on Thursday, and they will be joined by the Latvian and Estonian prime minister on Friday. A separate meeting with President Dalia Grybauskaitė is also planned.

On Sunday, the Israeli prime minister is scheduled to meet with members of the Jewish community at the synagogue in Vilnius.

Israeli PM Netanyahu to arrive in Lithuania for historic visit (1)

Israeli Prime Minister Benjamin Netanyahu is arriving in Lithuania for a historic visit on Thursday.