BNS
aA
Lithuanian President Gitanas Nauseda plans to discuss the government formation with representatives of the ruling parties later this week, and also plans to seek the appointment of women to the new government. 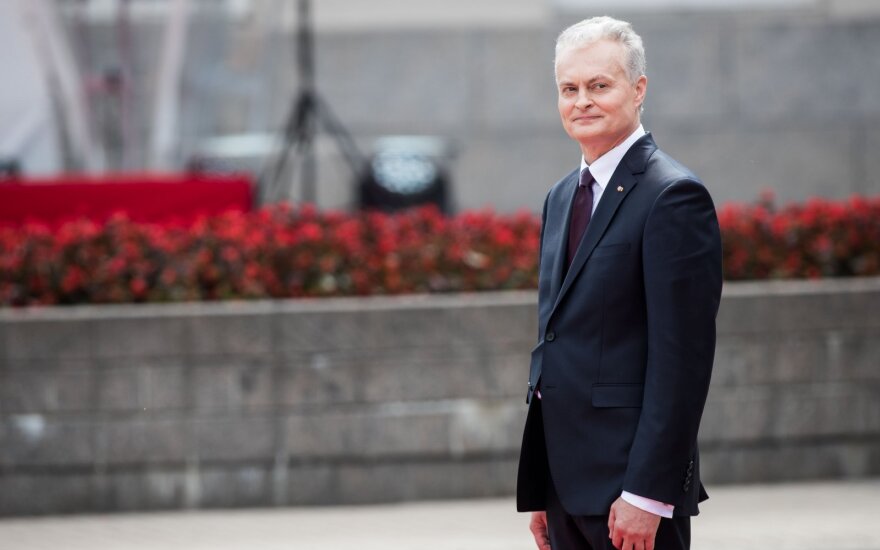 The president said he discussed "certain candidates" with Prime Minister Saulius Skvernelis earlier this week, without naming them.

"Perhaps as early as this week I would like to meet with all the political groups forming the coalition and to discuss the very principles, to find out their opinion, and how they are going on, and then move to specific candidates," the president told journalists in Warsaw on Tuesday night.

Asked by BNS Lithuania whether he's raising the issue for the future government to have female ministers, the president said: "I would really want that, but, you know, to avoid a situation when the whole government collapses because of that woman, let's hope it won't happen."

"I would have specific proposals regarding a woman in certain ministerial positions. Whether those women will become ministers eventually, I cannot say that as it’s a negotiating matter," Nauseda said.

After Nauseda assumed his new position, Prime Minister Saulius Skvernelis will have to test confidence in him in the parliament. If he wins the vote, he will have to coordinate the government's composition with the president, and Nauseda will have to endorse it with his decree.

Now in Lithuania, the Lithuanian Farmers and Greens Union has 12 out of 14 ministerial portfolios, and another two belong to the Social Democratic Labor Party of Lithuania.

Under the new coalition agreement, coalition partners will get five ministries.