BNS
aA
Lithuanian presidential candidate Gitanas Nauseda says he would somewhat change the rhetoric toward Russia, but no substantial changes can occur until Moscow alters its behavior toward Ukraine. 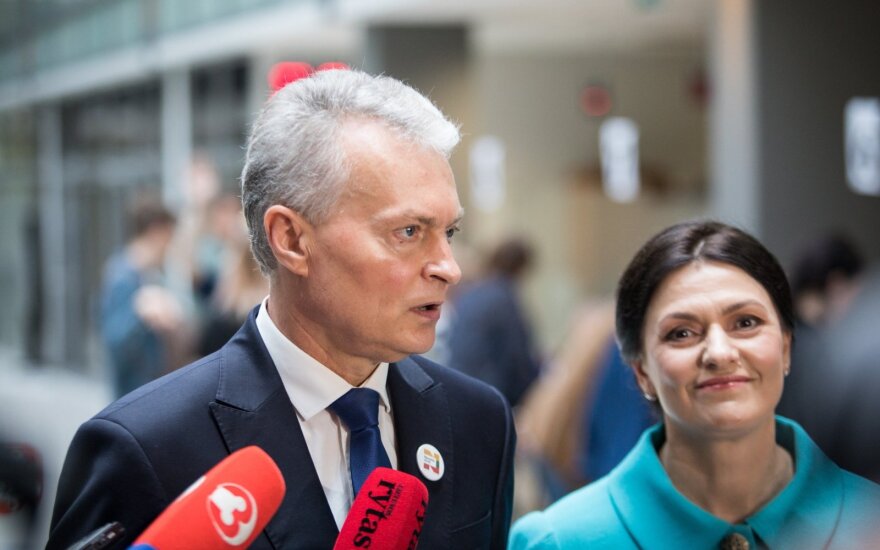 "I would like to be diplomatic and use wording which could be slightly different from the wording we used previously," he told reporters in English after the polls closed at 8 p.m.

Nauseda underlined, however, that Lithuania's relations with Russia would not change substantially "if the situation in Ukraine is similar, like this".

The candidate said he views Russia's actions in Ukraine as aggression toward the neighboring country.

"We cannot tolerate this," he said.

The EU has imposed sanctions on Russia in response to its annexation of Ukraine's Crimean Peninsula in 2014 and its support for separatists in the eastern part of the country.

Nauseda, an economist standing as an independent, competed against Ingrida Simonyte, a former finance minister nominated by the conservative Homeland Union–Lithuanian Christian Democrats (HU-LCD), in the runoff.

Voter turnover in the runoff was 53.43 percent, lower than in the first round two week ago, but higher than in the second round of voting in the 2014 presidential election.

"The higher turnout rate is a reflection of more active civic involvement. This means those sympathizing with both candidates turned out," Nauseda said.

"I believe the election campaign was of a high standard and, as many observers and (former) President Valdas Adamkus have noted, this was indeed a reflection of European culture; that was one candidate's respect for another candidate," he said.

The economist said he did not agree with Simonyte's opinion that the campaign was somewhat boring because of too vague discussions.

"I think there were (...) interesting moments, and certain exchanges of opinions, that is, vivid arguments both about some issues of the past and about some visions for the future," he said.

Nauseda called on everyone to maintain respect regardless of the election results.

"I'm talking about my respect for Ingrid, Ingrida's respect for me (and) that parties should remain willing to cooperate," he said.

The candidate also said if elected president, he would seek an agreement among political parties on improving the situation in health care and education.

Lithuanians made their choice: Nauseda to lead country for next five years (4) 710