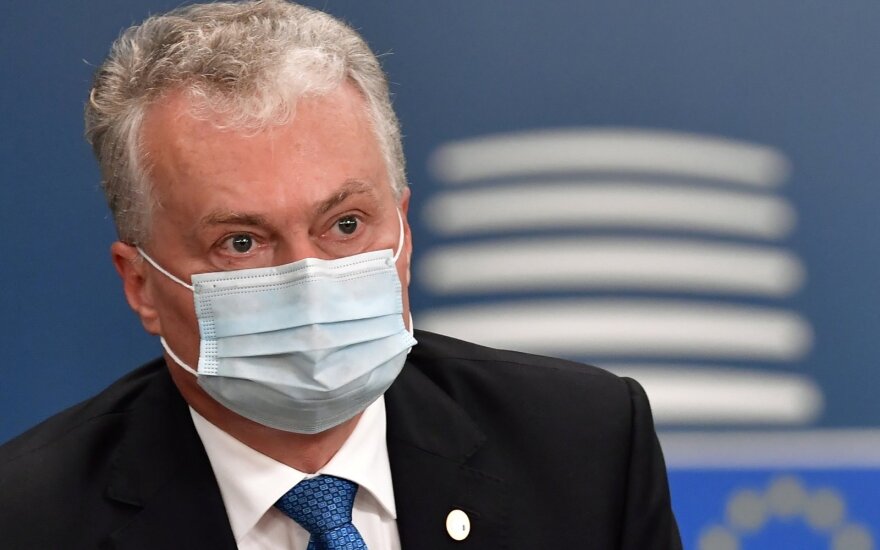 "The poverty figures for 2019 show that we are moving in a good direction. This is encouraging. But at the same time, we have to be realistic: the at-risk-of-poverty rate remains very high. It is significantly higher than the European Union average," the president posted on Facebook.

"The investments for Lithuania that were agreed by the European Council yesterday allow us to assess the potential of the national state budget in a different way," Nauseda said.

"In the run-up to the Seimas election, we must pay attention not only to what parties offer in terms of ​​division and redistribution, but also to their proposed economic and innovation visions. Otherwise, we will be stagnating or going round in circles."

Related articles
Economist: poverty drop in Lithuania is result of social policy
Experts divided on how many people live in poverty

About 576,000 people in the country lived below the at-risk-of-poverty threshold, accounting for 20.6 percent of the population, down from 22.9 percent in 2019.

The EU's average poverty rate stood at 17.1 percent in 2018, based on Eurostat data.

"What does 20.6 percent of the population below the poverty line mean? This is 576,000 people – far too many for us to relax," Nauseda wrote. "A number of people equal to the population of Vilnius are struggling to make ends meet financially!".

According to the president, the at-risk-of-poverty rate among the working population remained almost unchanged and income inequality is also too high.

Pensioners remain the group with the highest at-risk-of-poverty rate, but what is encouraging is that this indicator improved last year, he said.

Economist: poverty drop in Lithuania is result of social policy

As the number of people living below the poverty line dropped in Lithuania last year, economist...

Experts divided on how many people live in poverty

Lithuania's poverty indicators remain among the highest in the European Union, with one in five...

Almost a third of Lithuanians at risk of poverty

Some 28.3 percent of the Lithuanian population were at risk of povert y or social exclusion in...