BNS
aA
There are many signs that Russian opposition leader Alexey Navalny could not be poisoned without the Kremlin's knowledge and involvement, therefore, a response involving sanctions is necessary, says Lithuanian President Gitanas Nauseda attending a European Council meeting on Friday. 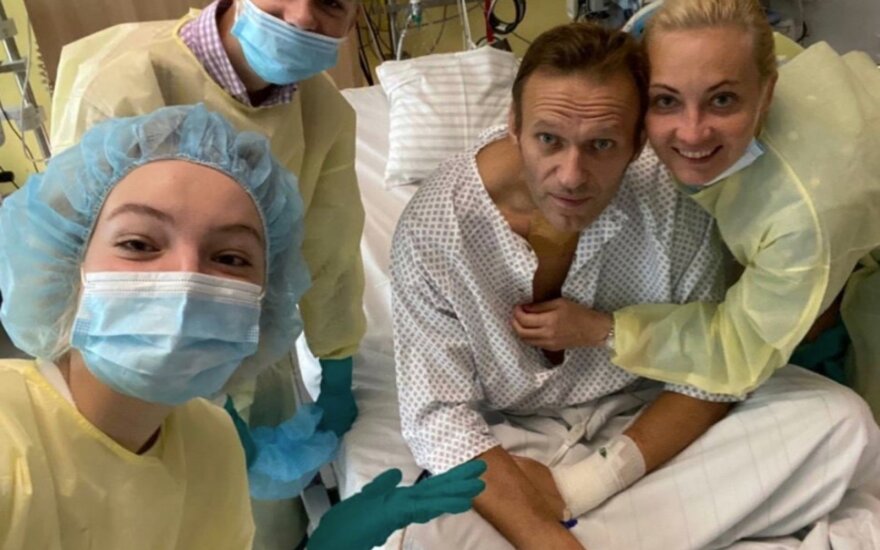 "We are all perfectly aware that many signs, including the suspension of medical assistance, failure to provide information to relatives, obstacles for Navalny's transfer to Berlin and other signs, finally, the Novichok's origin, show that it could not happen without the Kremlin's knowledge and involvement," Nauseda said in a comment sent to BNS.

The Lithuanian president is attending a two-day European Council meeting in Brussels where the issue of sanctions for Russia is also being discussed.

"All signs show that we need to take political measures, and I hope that today we will speak about what sanctions could help us attract the Russian government's attention to the fact that the situation is becoming totally unacceptable and that poisoning of people is becoming a regular practice and that it's aimed at intimidating other opposition leaders," the Lithuanian leader said.

The sanctions will also apply to the Russian State Research Institute of Organic Chemistry and Technology.

As of last Thursday, the persons are banned from entering the EU and their assets in the EU have been frozen.

A thorough investigation in needed after initial suspicions that Russian opposition leader Alexey...