BNS
aA
With the European Union’s (EU) leaders having agreed on sanctions against the Belarusian regime, a similar move may now be expected from the United States, Lithuanian President Gitanas Nauseda has said. 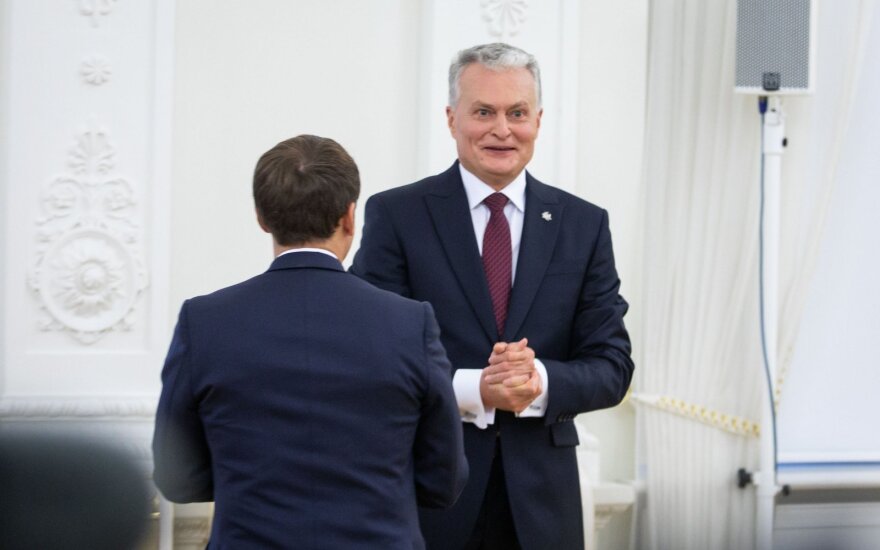 “Lithuania is coming home with good news – a plan of sanctions to Belarus will be approved and we now can expect the United States to approve their sanction plan in the near future,” the Lithuanian leader said in comments sent to BNS from Brussels.

“Hence we will have the response of all key regions to what is going on in Belarus and, most importantly, will truly meet the expectations of Belarusian people who have said repeatedly – do something as it will be much more difficult for us to win alone, if you don’t help us,” he added.

According to Nauseda, the issue of sanctions against Minsk was complicated but the outcome of discussions was nonetheless positive.

“In fact, the process was rather complicated as it was related to the conflict in the Mediterranean Sea and we had to talk a lot on both issues,” the Lithuanian president said.

He thanked all colleagues for the outcome of negotiations and the representatives of Greece and Cyprus “for flexibility”.

EU leaders on Friday gave their approval to sanctions over the political crisis in Belarus.

The move clears the way for around 40 members of President Alexander Lukashenko's regime allegedly responsible for poll-rigging and a violent crackdown on protests to be hit with travel bans and asset freezes.

However, European Council President Charles Michel confirmed that Lukashenko himself was not among the figures targeted on the new sanctions list.

Lithuania's Police Department has on Tuesday denied reports that Lithuania's police might have...