(1)
BNS
aA
Lithuanian President Gitanas Nauseda has says he has a negative opinion about Jaroslav Narkevic's performance as transport and communications minister, adding that he expects Prime Minister Saulius Skvernelis to take a principled stand on the matter. 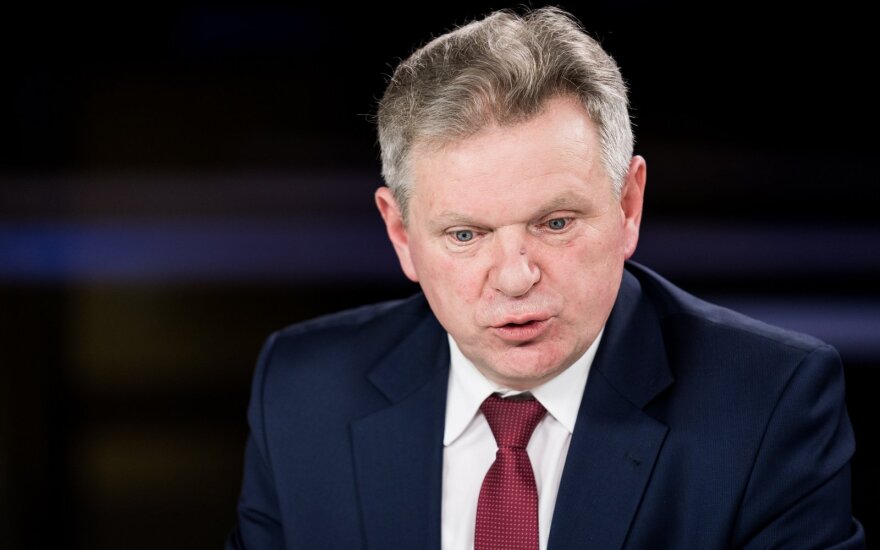 "(My opinion is) negative. I think the minister has started his work in a chaotic way," the president told LRT Television on Tuesday.

"I do hope he'll manage to get the situation under control in the near future, because otherwise adequate decisions will have to be made," he added.

Nauseda criticized Narkevic's decision to fire the management board of Lietuvos Pastas (Lithuanian Post) amid a row with the state postal company's management, saying it could be difficult to appoint a new board in such circumstances.

"My position is as follows: until we have resolved the chaos in this area, let's not start doing something on other boards that are subordinate to the Transport Ministry," he said.

According to the president, Narkevic must think carefully "what his vision is, if he has any".

The Chief Official Ethics Commission is to decide on Wednesday whether to open a probe into Narkevic following media reports that the Lithuanian Road Administration and the Klaipeda port's authority paid for the minister's dinner in the United Arab Emirates and in Minsk last month.

The minister has also come under criticism for his decisions to fire Lietuvos Pastas' the management board and to allocate funds for roads in his election constituency.

Narkevic says he has repaid the money to the state-owned enterprises and has ordered a review of the rules for the ministry's representation expenses.

Narkevic was nominated for the post of transport minister by the Electoral Action of Poles in Lithuania–Christian Families Alliance which joined the government coalition following last summer's presidential election.

Independent members of the management board of Lietuvos Pastas ( Lithuanian Post ) have refused to...

Lithuania's Road Administration is getting ready for the 300 million euro worth reconstruction of...

Vilnius-Kaunas road to be transformed into highway

The Vilnius-Kaunas road is to be transformed into a highway , Lithuania's Road Administration said.