BNS EN
aA
NATO's airborne warning and control system (AWACS) airplane is to land on Thursday in the Lithuanian Air Force Aviation Base in Šiauliai, in the northern part of the country, the Defence Ministry said. 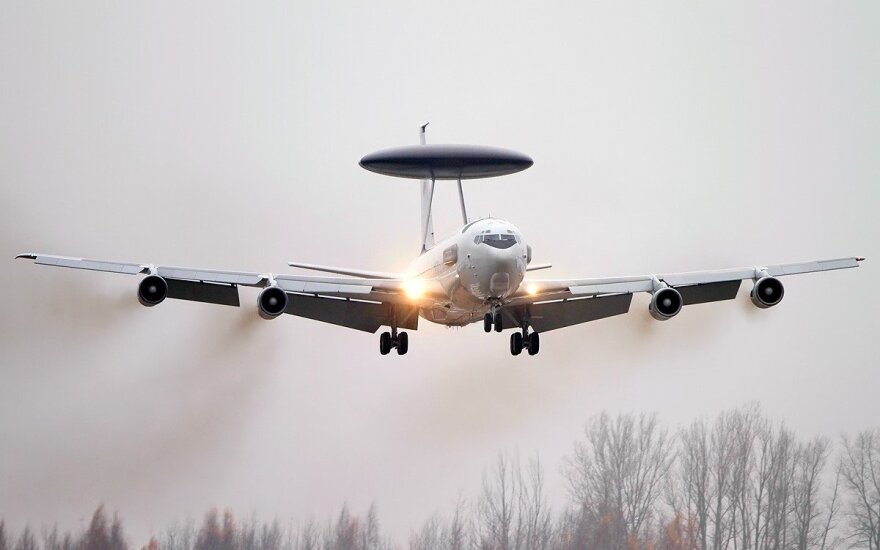 The aircraft is part of the fleet of the E-3A Component, one of two operational elements of the NATO Airborne Early Warning and Control Force.

It will be "a symbolic visit by NATO's E-3A AWACS aircraft in Lithuania to mark over 1,000 operational flights completed by its crew to ensure security of NATO's eastern border since the beginning of Russia's aggression in Ukraine," the ministry said in a press release.

The E-3A Component comprises 16 AWACS aircraft based in Geilenkirchen, in Germany. The aircraft most often fly at an altitude of 10 kilometers and are capable of detecting aircraft in flight within a radius of 400 kilometers using radars, it said.

NATO started to reinforce its presence on the Alliance's eastern flank following Russia's annexation of Crimea in 2014. NATO leaders last summer made decisions on the deployment of multinational battalions to Lithuania, Latvia, Estonia and Poland each and on additional capabilities in Romania and Bulgaria.

However, the move drew criticism from countries in the Baltic Sea region. Lithuanian Foreign Minister Linas Linkevičius said that Moscow sought to escalate the situation in order to obtain concessions from the West and Swedish Defence Minister Peter Hultqvist called the deployment "a provocative signal policy".

The Polish Air Force is taking over NATO's Baltic air-policing mission from the Royal Netherlands...