BNS EN
aA
NATO's military exercises of this size and scale are an important part of the Alliance's deterrence plan and send a clear message to aggressors that NATO is united strong and ready to defend each of its member nations, Lithuanian President Dalia Grybauskaitė said. 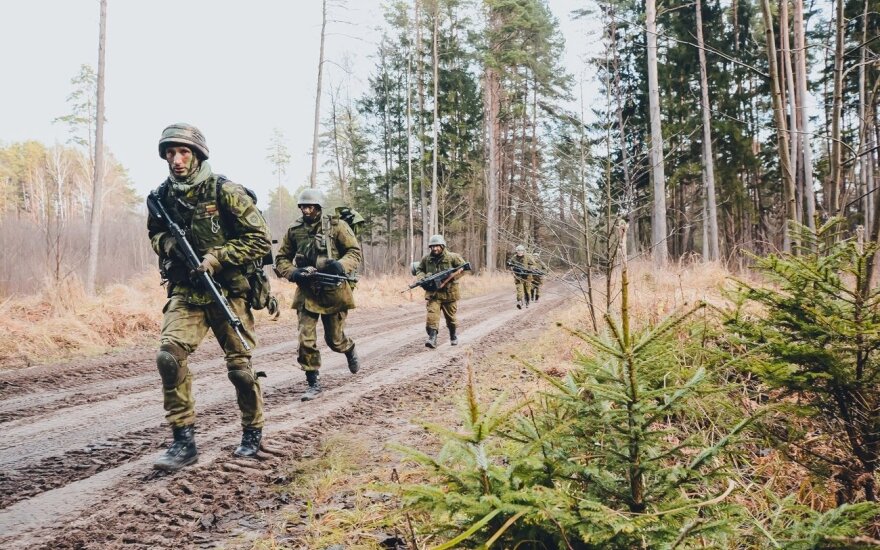 At the Iron Sword 2016 military drill

The president on Friday observed Iron Sword 2016 military drills in the General Silvestras Žukauskas Training Area in Pabradė, in the district of Švenčionys.

Grybauskaitė said that the intensive exercise calendar demonstrates the high level of preparedness of NATO's troops.

She noted that the Lithuanian Armed Forces have doubled the number of international exercises for the second year in a row. Fourteen exercises have taken place in the country this year.

Troops from 11 NATO countries, including Estonia, Canada, Germany, Latvia, Lithuania, Luxembourg, Poland, Romania, Slovenia, the United Kingdom and the United States, are taking part in the war games. About 4,000 soldiers are deployed concurrently in the Pabradė and Rukla training areas of the Lithuanian Armed Forces.

The Iron Sword drills are part of NATO's Military Training and Exercise Program. Held in Lithuania for the third time, the exercise aims at strengthening coordination of joint actions with NATO allies, the Defence Ministry said.

Three German solders were slightly injured when several shells landed near them during mortar fire...

President says political will to defend country is key

The political will to defend one's country is what matters most and comparing capabilities is a...

About 4,000 Lithuanian and Allied troops will attend Iron Sword 2016 exercise held in Lithuania in...

It will cost Lithuania around 5.8 million euros to put in place the infrastructure to host NATO 's...