BNS EN
aA
NATO troops taking part in an international exercise in the Baltic states conducted an operation last weekend, training to defend the so-called Suwalki corridor that Allies could use as a path for providing support to Lithuania, Latvia and Estonia in case of crisis. 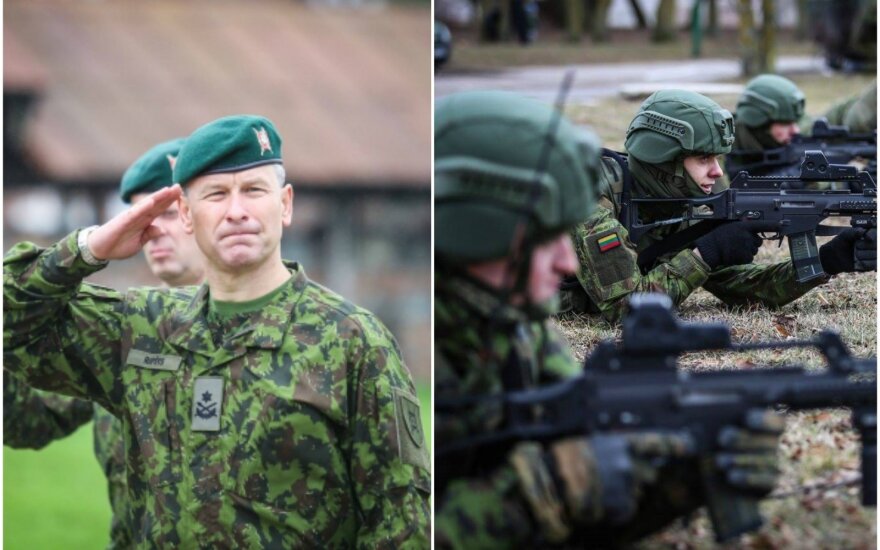 The military action at the Suwalki corridor took place for two days, involving about 1,500 Lithuanian, Polish, British and American troops.

The Suwalki corridor is about 100-km wide stretch of the Lithuanian and Polish border, bordering the Russian Kaliningrad region in the west and Belarus in the east.

The international operation at the Suwalki corridor was held for the first time, illustrating the considerable increase of NATO attention to the Baltic states after the annexation of Crimea by Russia.

"Of course, this is not the most favorable geographic location in terms of defense, (…) however, in military sense, this is how we prepare and train our troops for tactical operations under such circumstances. Politically and strategically, of course, it would be best to avoid such conflict," said Brigadier General Valdemaras Rupsys, commander of the Land Force.

The Suwalki corridor operation was conducted by troops participating in the exercise Saber Strike in the Baltic states. The training is held in Lithuania for the past few months amid tensions over the upcoming Zapad 2017 exercise to be held by Russia and Belarus this fall. During earlier 2009 and 2013 exercises, Russia trained to occupy southern Lithuania – the region NATO trained to defend last weekend.

US General Ben Hodges has expressed fears over provocations possible during this year's Zapad.

Military activity in the Baltic Sea region has recently heightened, however, the situation is under...