NATO to set up headquarters in Baltic states

BNS
aA
NATO leaders decided at the summit in Wales on Friday to establish headquarters in Lithuania and the other two Baltic states, with their functions and structure to be finalized within this autumn, Lithuanian officials said. 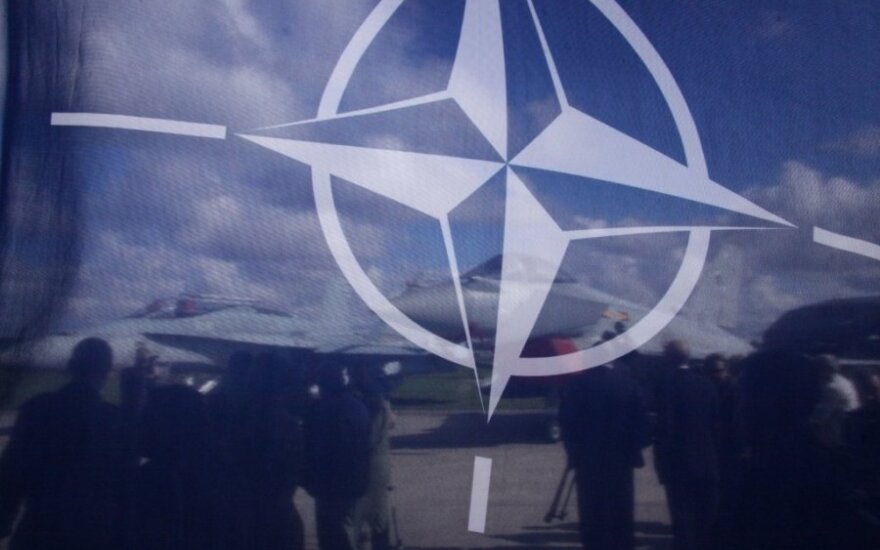 Antano Gedrimo nuotr.
"Headquarters will be set up in Lithuania and other Baltic states. They would help to receive backup and organize collective defence exercises," President Dalia Grybauskaitė said in a press release.

Vaidotas Urbelis, political director at Lithuania's Defence Ministry, told BNS that the headquarters will engage in planning, command and possibly other functions. In his words, soldiers will do specific planning after the political decision has been made.

"The NATO summit restated that there was a need and it would be done. Now the military will have to work out a concept on how it will look, what personnel it will have and how this will appear in the NATO command structure. The precise appearance will be clear this autumn," Urbelis said in a telephone interview from Wales.

In his words, the headquarters will be established on the basis of some Lithuanian military unit by adding Allied elements.

"Discussing specific things is still too early. We already have a certain vision but it can still change," said Urbelis.

He emphasized that "the number of NATO forces in Lithuania will definitely increase."

According to the press release, the Wales summit also agreed that "defence plans will be renewed regularly in view of real threats, as well as the Alliance's collective defence will be enhanced and rapid response force will be created."

Grybauskaitė's representatives say that chiefs of defence of NATO member-states will gather in Vilnius in the end of September to discuss implementation of the defence plans.

NATO Secretary General Anders Fogh Rasmussen, in his turn, told a news conference on Friday that the Baltic states, Poland and Romania had proposed their infrastructure for the NATO's Rapid Response Force under development.

"It also remains to be seen exactly where the reception facilities will be located. But so far I have noted the indications from the Baltic states, from Poland, from Romania that they are willing to host such reception facilities," said the NATO chief.

Lithuanian President Dalia Grybauskaitė and leaders of other NATO member states have agreed in...

Poland has confirmed there will be no new NATO bases in eastern Europe to deter Russian aggression.

European and NATO leadership must now demonstrate their leadership and keep Russia's President...

Lithuania's Defence Minister Juozas Olekas and his counterparts from Estonia, Denmark, the...

The Russian proposal to Ukraine is an ultimatum, not a peace plan, Lithuania's President Dalia...