NATO-Russia meeting 'did not bring sides closer on any issue'

BNS
aA
Lithuania's envoy to NATO says that the first meeting of the NATO-Russia Council since June 2014 failed to bring the Alliance and Moscow closer in their positions on any issue. 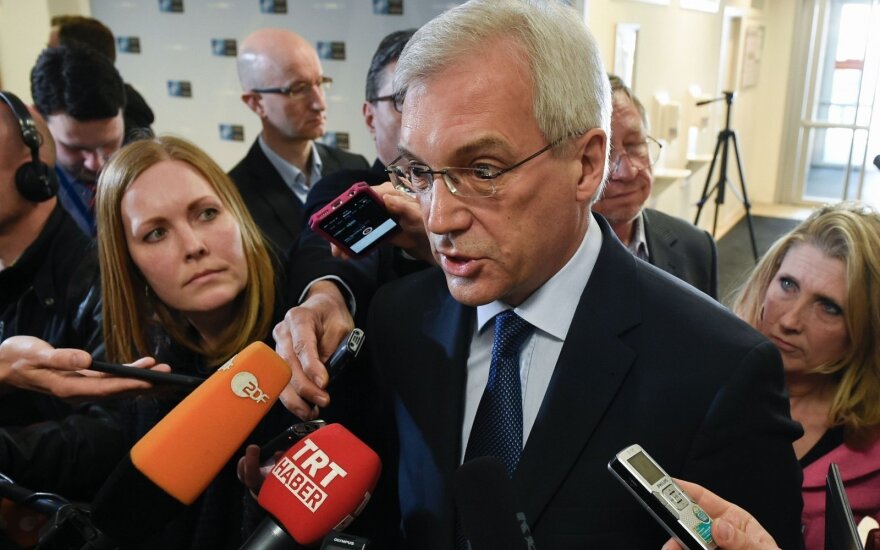 "I don't think that the positions of the sides have come any closer on any of the issues," Vytautas Leškevičius, who took part in Wednesday's meeting, told BNS by telephone from Brussels.

Neither NATO nor Russia thinks that it is possible to return to practical cooperation and "business as usual" in the near future, Leškevičius says.

"Neither NATO member states nor Russia think that it is possible, in the foreseeable future, to return to the so-called 'business as usual'. In other words, not until Russia begins to respect all its international obligations so many of which have been broken over the last years," he said.

Meanwhile Lithuanian Foreign Minister Linas Linkevičius has said that Lithuania would not tolerate if Russia "uses such meetings as a smokescreen to continue breaching international law".

According to him, NATO-Russia consultations make sense if they take place in a constructive manner, rather than "being used for propaganda purposes".

Moscow's envoy to NATO, Alexander Grushko, said last week that Russia would use the talks with NATO to protest the Alliance's "absolutely unjustified" military build-up in the Baltic countries.

Lithuania's ambassador to NATO said that Russia had touched upon this subject during the meeting, which he said was not surprising given that Moscow had made similar complaints "constantly and on a whole range of occasions or without any occasion".

According to Leškevičius, the answer was that "Russia's aggression led the Alliance to develop even stronger defence capabilities where the Alliance deems it necessary and it is particularly necessary along the eastern perimeter of the Alliance".

As NATO and Russian officials are meeting for the first time in two years in Brussels on Wednesday,...