(1)
the Lithuania Tribune
aA
NATO's rapid response force is not ready to be used to counter a possible Russian attack in the Baltics and Poland, according to two alliance commanders speaking to the Financial Times. 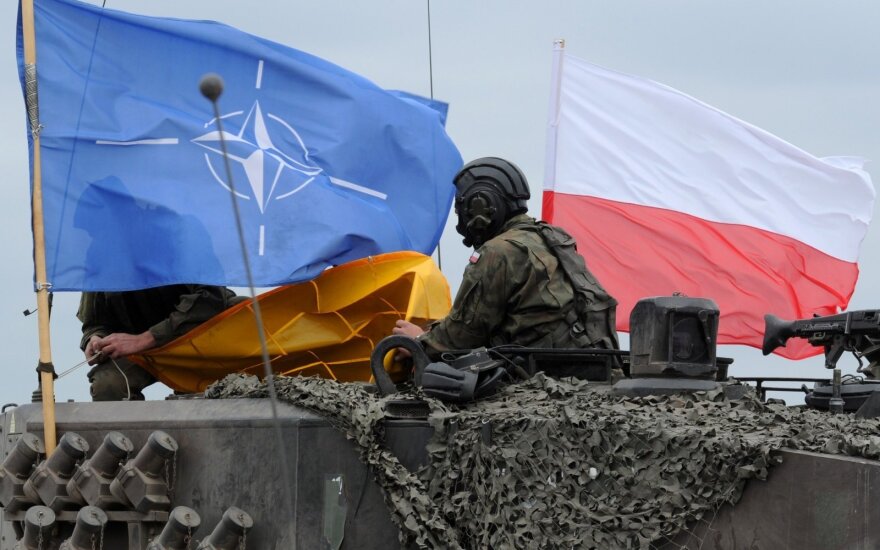 The “Very High Readiness Joint Task Force”, a 5,000-strong unit, was agreed on at the 2014 NATO summit as part of a package of measures to counter Russian aggression.

However, the force would be too vulnerable during its deployment phase to be used in Poland or the Baltic States in case of a Russian military attack, two senior NATO generals have told the Financial Times.

The newspaper says its sources have close knowledge of the alliance’s logistical and military planning. They believe that Russia's military build-up in Kaliningrad, the Baltic enclave between Poland and Lithuania, would make it easy for Russians to neutralize NATO's VJTF even before it was ready to fight.

"The rapid reaction force’s shortcomings are understood to be one of the main reasons why the alliance has decided to base greater numbers of troops permanently along its eastern flank," according to the Financial Times.

The deployments are part of territorial defence measures expected to be approved in the upcoming NATO summit in Warsaw this July.

One of the measures being considered is the basing of four battalions, each contributed by a single NATO member, in Estonia, Latvia and Lithuania, as well as Poland.

The VJTF will still remain an essential part of the Baltic States' defence plans, NATO officials tell the Financial Times.

“The VJTF is to deal with Article 4 [situations] and that is our intention with it,” said Brigadier General Krzysztof Krol, the Polish deputy commander of Nato Multi-National Corps North East. “[But] we take [Article 5] into account in all our planning.”

The spearhead is still valuable in preventing Article 4 situations, such as subterfuge, civil unrest or border infractions, from escalating into armed conflict, General Krol said. “The plan was developed to react to hybrid threats in our area of operation. Our plans are scaleable to the situation,” he added.

NATO General Salvatore Farina has said that dangerous Russian conduct in the Baltic Sea region was...

As the Baltic States try to convince NATO allies that Russia represents a real threat to...