BNS
aA
NATO leaders on Wednesday mandated the Alliances' military leadership to come up with proposals by mid-2019 on how to beef up the Baltic countries' air defense, Lithuanian President Dalia Grybauskaitė's press service said. 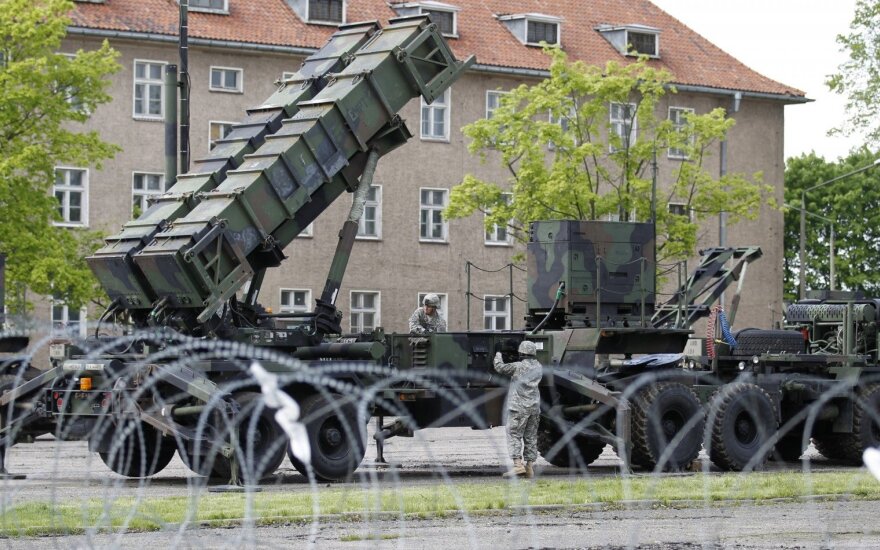 "NATO leaders took into account Lithuania's needs. It was acknowledged that air defense over the Baltic States was inadequate. The summit mandated NATO's military leadership to evaluate the evolving risks and present proposals on further measures by mid-2019," it said in a press release.

The press service told BNS that the mandate is "in documents approved by the summit, which are classified".

Lithuania has close-range missiles and is buying medium-range systems, but it cannot afford long-range missiles, such as Patriot, capable of downing aircraft or ballistic missiles.

Vilnius expects allies to station these missiles in the Baltic countries on a rotational basis. The US sent its Patriot missiles to Lithuania for NATO wargames for the first time last year.

Related articles
NATO to improve ability to send in forces, but plans no additional units in Baltics
NATO in Lithuania: existing situation and expectations

Lithuania also wants the mandate of NATO's air-policing mission to be changed to turn it into an air defense mission. Radars, agreements on information exchange and defense plans for neutralizing Russia's capabilities in Kaliningrad in case of a conflict are also important for an effective air defense.

Russia has stationed nuclear-capable Iskander missiles in the exclave, which would make NATO operations in the Baltic Sea region more difficult if a crisis or war erupted.

The Russian military announced that drills involving Iskander missile systems had begun in the Kaliningrad region. The announcement coincided with the start of the NATO summit.

Lithuania might need to increase its defense spending by several dozen million euros this year to...