BNS
aA
NATO's Military Committee on Wednesday approved the formation of multinational battalion groups in each of the Baltic countries and Poland, Lithuania's representative at the committee said. 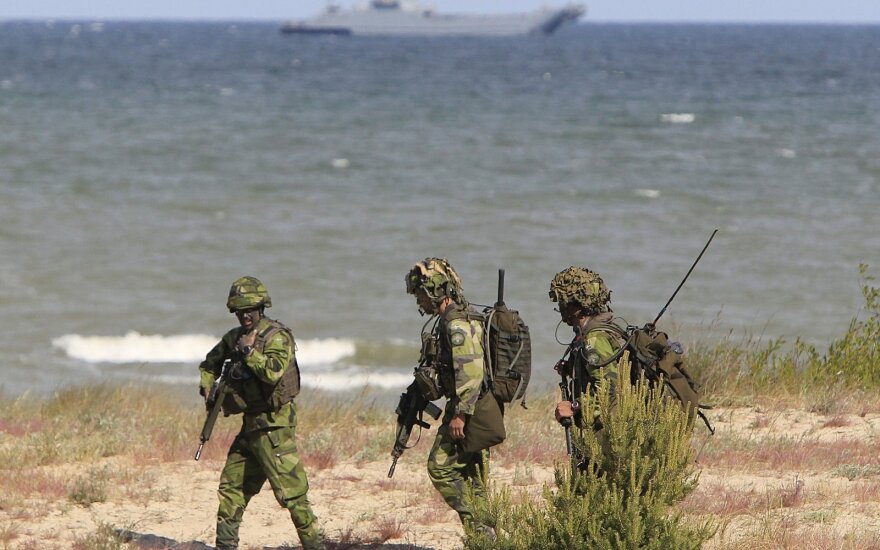 According to him, a battalion group is larger than a battalion and consists of around 1,000 troops.

After the Military Committee submits its military advice on the formation of battalion groups, NATO's Defence Policy and Planning Committee will discuss it within several weeks.

Plans to set up these military units in the Baltic countries will then have to be approved by the North Atlantic Council, which is made up of ambassadors of all member states, and a final decision will be made by the Alliance's defence ministers in June.

Zenkevičius said that it had not been decided yet which countries would lead the formation of the multinational battalion groups, but Lithuanian officials said several weeks ago that German officials had confirmed that Germany would act as the "framework" nation in creating the military unit in Lithuania.

"These framework nations will most probably be announced during the Warsaw summit," the general told BNS.

According to him, the Military Committee also discussed possibilities for deploying a NATO fleet in the Baltic Sea at the request of Romania and Bulgaria.

The Baltic chiefs of defence last year asked for battalion-sized deployments of allied troops in each of the countries.