The Lithuania Tribune, BNS
aA
United States President Barack Obama and 27 other NATO leaders meet in Warsaw today for what many believe is its most important meeting in a generation as the alliance considers how it can transform itself to face a raft of new threats, from a newly aggressive Russia, to Islamic extremism. 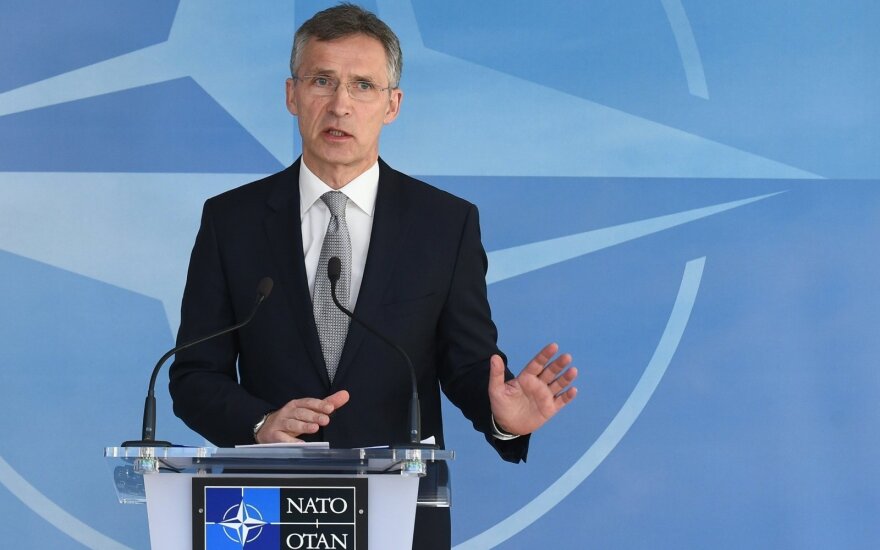 "We live in a more dangerous world, with terrorism, with turmoil, especially to the south of the alliance, in Iraq, Syria, North Africa," NATO Secretary-General Jens Stoltenberg told Associated Press.

"This has really changed our security environment," Stoltenberg said ahead of the two-day summit.

"NATO has to respond. When the world is changing, we have to change," he said.

NATO leaders are expected to approve the stationing of 1,000-strong multinational battalions of troops in each of the Baltic States and Poland.

The battalions are aimed at serving as a reassurance to allies feeling threatened by Moscow that NATO will defend them, and to act as a warning to Russia that a military incursion into the territory of front-line NATO states could bring it into head-to-head confrontation with the whole alliance.

"NATO is based on the core idea of one for all, and all for one," said Stoltenberg.

"If the words and deeds of the question on the approximation of the capacity and the inviolability of borders, then, of course, trust is lost," - she told the German parliament.

The Chancellor noted that "Russia's actions have caused great concern in our eastern allies" of the Baltic States and Poland, "the Alliance needs a clear encouragement" that their security will be guaranteed under the NATO Treaty - article 5 on collective defence.

However, Germany wants to preserve dialogue with Russian President Vladimir Putin over the crisis in Ukraine, despite their differences of opinion, Merkel also said that the West must continue to talk with Moscow.

Merkel said although confidence in Russia is lost, NATO will continue its dual policy of deterrence and dialogue with respect to Moscow.

"Deterrence and Dialogue, a clear commitment to solidarity with our alliance partners under the NATO Treaty, article 5 and an outstretched hand - both of which do not interfere with each other," she said

A raft of new measures and troop deployments are expected to be announced in the Baltic States and Eastern Europe at the two-day Warsaw summit, along with additional US and other alliance members ramping up their presence it is "the most significant decades of the Alliance's deterrence and defense accomplishment," according to Polish Ambassador to NATO Javekas Naidu

What are NATO's capabilities in Lithuania ahead of Warsaw summit?

NATO is expected to approve plans to deploy a 1,000-strong multinational battalion to Lithuania during...

Leading up to every parliamentary election, political parties make promises to the electorate; that...