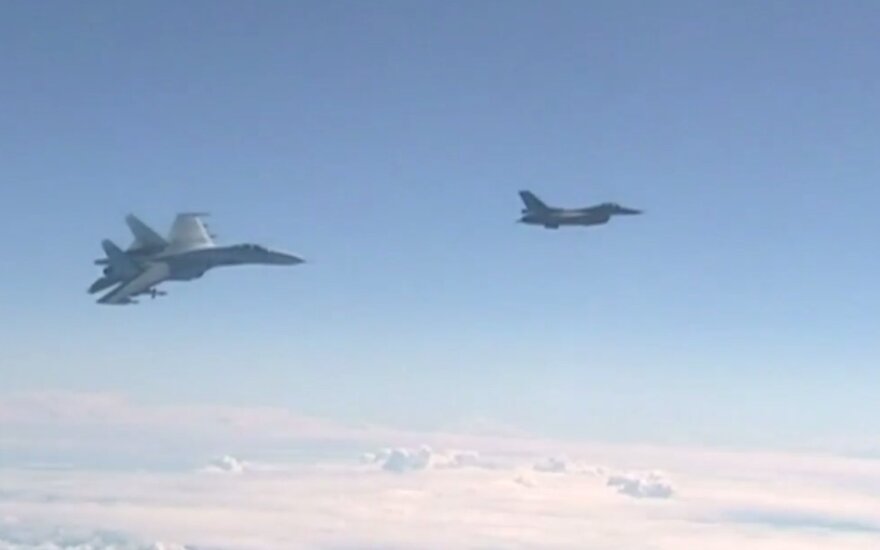 The biggest number of scrambles took place last Wednesday when the Alliance's jets took off several times to intercept Tu-22 bombers and Su-27 fighter-jets. Officially, it was the final day of the Russia-Belarus military exercise Zapad 2017. The Russian aircraft had no flight plans, did not maint

NATO fighter-jets serving in the air-policing mission of the Baltic states were last week scrambled...