BNS
As a NATO summit starts in Brussels on Wednesday, BNS Lithuania presents key facts on NATO's presence in the country and the Lithuanian government's expectations: 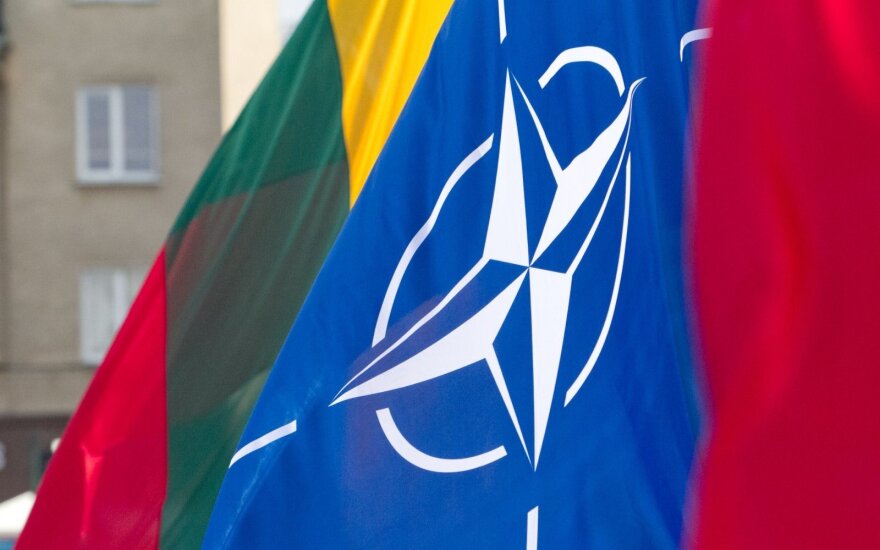 Around 1,500 allied troops are serving in Lithuania at the moment and ten fighter jets are taking part in the Baltic air policing mission.

Around 1,000 troops from Germany, the Netherlands, Norway, France, Belgium and Iceland are deployed in the NATO enhanced forward presence battalion. Czech troops plan to join in later this month.

140 Portuguese troops are deployed in Lithuania for a training period of four months on a rotational basis.

A P-3C maritime patrol aircraft of the Portuguese Air Force augmented the NATO Air Policing Mission in the Baltic states and helps protecting the Baltic skies. The Portuguese rotation consists of around 110 troops, and the Spanish one has around 140 troops.

19 Lithuanian and 22 allied troops are serving in the NATO Force Integration Units in Lithuania.

28 people, including 16 Lithuanian and 12 allied troops and civilians are working at the Lithuanian-based NATO Energy Security Center of Excellence.

35 US logistics support troops are deployed in Lithuania.

35 allied troops are deployed at the Combined Control and Reporting Centre, set up by the three Baltic states within the Lithuanian Air Force's Airspace Surveillance and Control Command.

Air defense loopholes are Lithuania's main concern. Lithuania has close-range missiles and is buying medium-range systems but cannot afford long-range missiles, like Patriot, capable of downing aircraft or ballistic missiles. Lithuania hopes that allies would bring them and also wants to change the air policing mission's mandate to turn it into an air defense mission.

Radar capabilities are also important for effective air defense, as well as agreements on information exchange and defense plans on ways to neutralize Russia's capabilities in Kaliningrad.

Lithuania wants NATO allies to send more army ships to the Baltic Sea. It has so far unsuccessfully tried to convince the United States to bring back American troops for permanent presence. Companies of American troops were permanently stationed in the three Baltic states from the 2004 Crimean annexation until the fall of 2017. But they were withdrawn after international NATO battalions were established in Lithuania, Latvia and Estonia. Now, American troops come for training from Poland.

Specific decisions on these issues will not be made during the NATO summit but diplomats hope that NATO countries will identify these loopholes for the first time and ask the military leader to present assessment and recommendations.

Lithuania might need to increase its defense spending by several dozen million euros this year to...