NATO high readiness elements might come to Lithuania next year

BNS
aA
Allied high readiness elements might come to Lithuania next year for training and certification of a NATO headquarters being established in Lithuania, its Deputy Commander Lieutenant Colonel Mindaugas Petkevičius says. 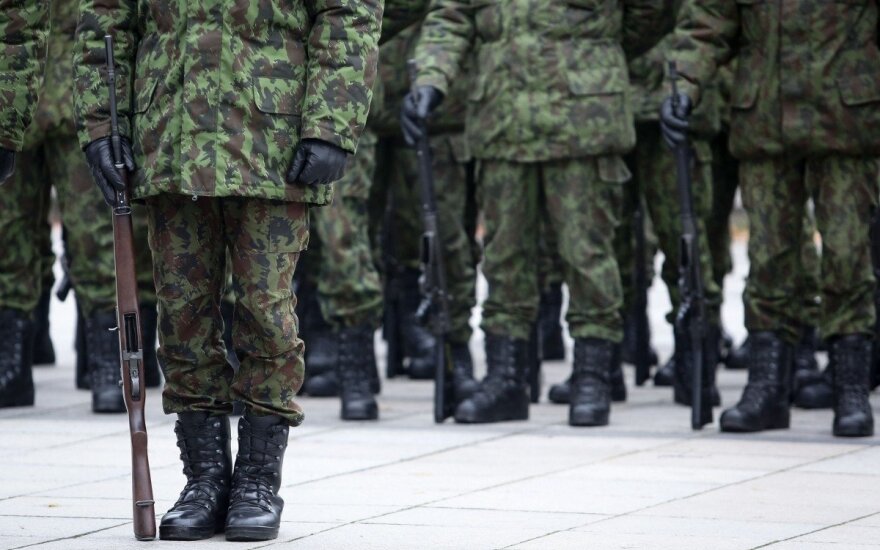 "A training event with the headquarters' certification are scheduled for 2016, and also probably the arrival of high readiness elements," he told journalists at the headquarters of the Joint Staff of the Lithuanian Armed Forces in Vilnius, which will also house the new NATO headquarters.

The progress made in the establishment of a NATO headquarters, the NATO Force Integration Unit (NFIU) in Vilnius, its leadership, tasks and organization were presented to national defence leadership, foreign defence attachés in Lithuania, and media at the headquarters of the Joint Staff of the Lithuanian Armed Forces in Vilnius.

According to the Ministry of National Defence, guests toured the premises where the multinational headquarters is to be based. The NFIU is expected to be officially inaugurated the fall.

This NATO force integration cell is going to be one of NATO’s prepositioned headquarters in Lithuania which will facilitate deployment of the NATO Very High Readiness Joint Task Force (VJTF) and additional rapid response elements in our region. The NFIU will operate as an intermediate unit facilitating interoperability among national and NATO forces, i.e., contribute to defence planning, allied training and exercises, and liaison with NATO’s operational headquarters.

Being established in Eastern Europe, NATO headquarters are part of NATO's Readiness Action Plan that was endorsed at the Wales summit last year and aimed at deterring threats coming from Russia and terrorist organization in the south.

NATO Force Integration Unit to be presented in Vilnius (1)

The progress made in the establishment of a NATO headquarters, the NATO Force Integration Unit...