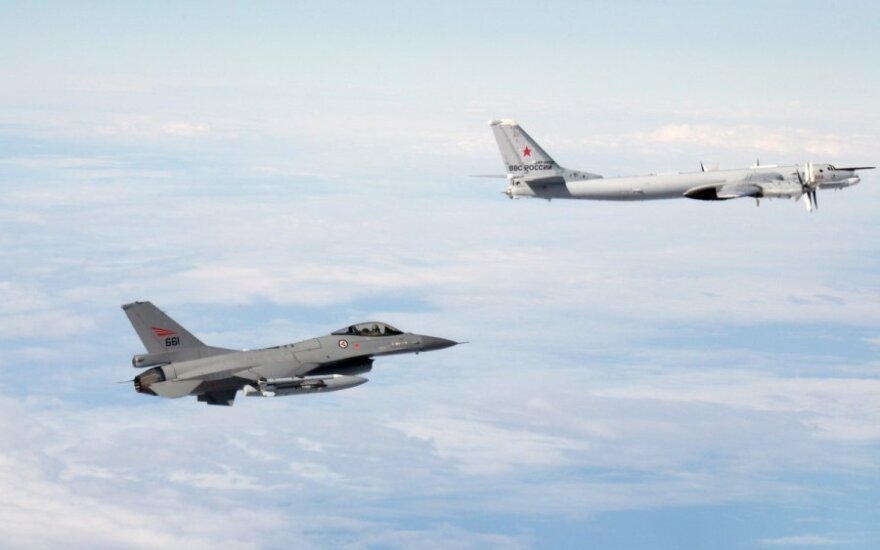 It is the largest number of both reaction flights per week and biggest so far observed Russian military activity in the airspace in the vicinity of the Baltic States - almost 80 aircraft have been intercepted and identified next to the Baltic air space within a week, some of them were intercepted several times. With the exception of a few aircraft, the majority of them had their transponders turned off.

Most Russian military aircraft at the Baltic States' borders - 30 - were identified on 8 December. On that day, NATO fighters had to scramble eight times.

The second day in terms of activity was 10 December, NATO air policing fighters took off six times, there were 26 Russian military aircraft identified.

During the last week 30 Russian fighter Su-27, Su-24, Su-34, MiG-31, as well as transport and reconnaissance aircraft were identified in the vicinity of the Baltic States' borders.

All intercepted Russian military aircraft were flying between mainland of Russia and Kaliningrad over the neutral waters in the Baltic Sea.

NATO fighters had to take off from all three bases - Siauliai, Amari and Malbork - where currently fighters participating in the NATO air policing mission and the mission reinforcing fighters are deployed.