aA
On 13-14 October, NATO defence planning experts conducted a visit in Lithuania to assess the status quo of Lithuania's defence capabilities and prospective defence reforms. NATO experts were particularly interested in the steps Lithuania made to respond to changing security situation in the region, Lithuania's Ministry of National Defence said. 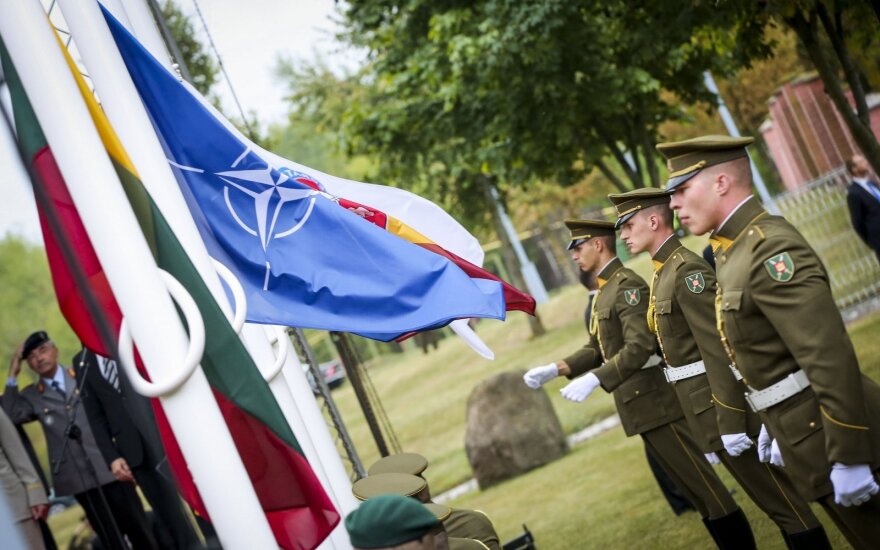 The head of the delegation, NATO Assistant Secretary General for Defence Policy and Planning Heinrich Brauss, pointed out Lithuania's focus on territorial defence as an adequate response to the current security situation. The NATO official praised the fast growth of Lithuanian defence funding and welcomed the plans for modernisation of the Lithuanian Armed Forces and organisational reforms that had been presented to him.

He reiterated that ensuring the ambitious development of armed forces required adherence to the agreed defence financing guidelines, i.e., to reach 2 percent of GDP by 2020. NATO experts also encouraged to continue the implementation of major projects in the Lithuanian Armed Forces: mechanisation of the Land Force, development of military training areas, the artillery project, and enhancement of communications and cyber-defence capabilities.

During consultations, NATO experts analysed the situation of manning and combat training in detail and made a recommendation to continue looking for solutions in that area. The Host Nation Support Lithuania is rendering of the rotational NATO units currently deployed here earned a positive assessment, however, the need for additional infrastructure was brought to attention so as to ensure deployment of allied forces in the event of collective defence.

NATO experts carry out regular annual assessments of each of defence planning NATO member-state. The overall assessment of all the allies is then approved by NATO ministers of defence.