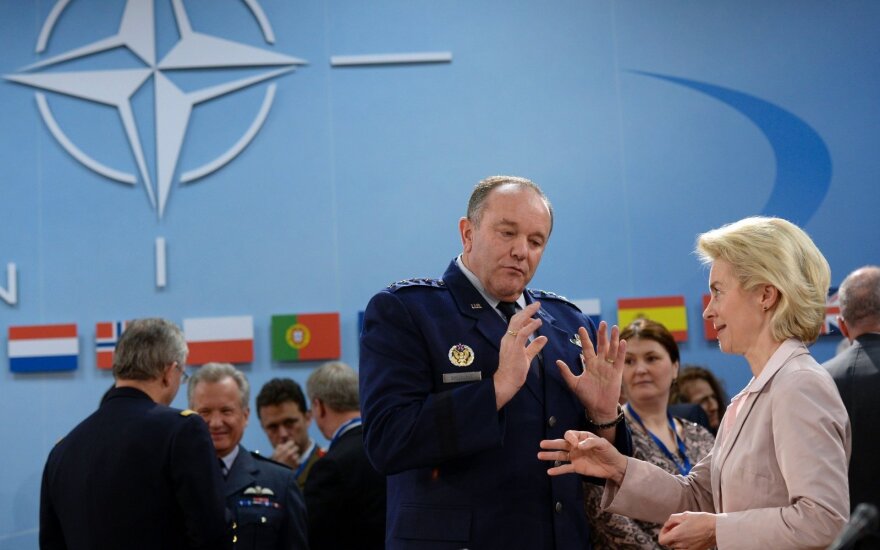 The political agreement is "very good news" for Lithuania, Olekas said. Specific measures are expected to be worked out in the upcoming NATO summit in Warsaw this July.

"The main document agreed during the defence minister's meeting backs additional beefing up of forward presence on the eastern flank," Olekas told BNS by phone from Brussels.

Diplomats say Wednesday's decision is important because it's the first time an agreement on the need for additional measures is formally endorsed in the Alliance's documents.

NATO Secretary General Jens Stoltenberg said the additional capabilities would send a clear signal that "NATO will respond as one to any aggression against any ally".

On the eve of the defence minister's meeting, the Americans and British announced their decisions to send additional forces to Eastern Europe. America plans to quadruple its defence budget for Europe and the UK pledged to send five military ship to the Baltic Sea.

The US has already deployed a company-size contingent and military equipment in Lithuania in response to Russia's actions in Ukraine, and also set up a small NATO staff.

The Baltic states want an international battalion deployed in each of the countries, and neighbouring Poland also wants additional NATO forces deployed in the country. Western allies agree to send rotational forces but proposals to establish permanent bases have failed to secure support.

Moscow considers additional NATO infrastructure near its order a threat and has pledged to take responsive measures.

Back to the future: 1,000-strong NATO battalions for Lithuania, Baltic States

One thousand-strong battalions of NATO troops could be stationed permanently in Lithuania and each...