BNS
aA
Polish aviators, who are heading the NATO air-policing mission in the Baltic states for the fifth time, say that they are faced with growing activity of the Russian Air Forces. 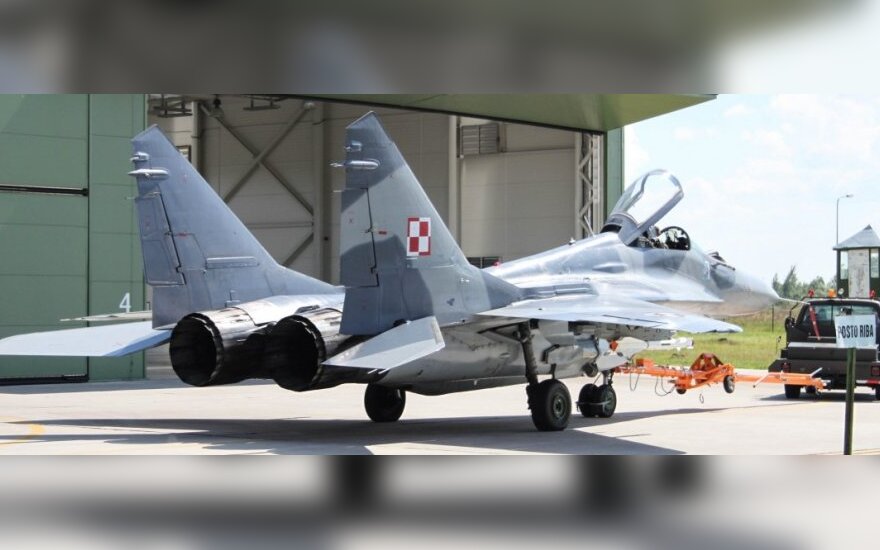 Lieutenant Colonel Piotr Wyrembski, deputy head of the mission, told BNS that NATO fighter jets usually have to take off from the base in Šiauliai, north Lithuania, in order to escort Russian warplanes flying from northern Russia to its Kaliningrad region.

In his words, this can be explained by growing frequency in Russia's war games and reinforced Russian Air Force.

"The activity in the air-space is growing gradually and it can be seen every year. A few years ago, it was rather trivial, and now it [the number of take-offs] is growing with every rotation and every mission," said Wyrembski.

Related articles
Russian jets and warships detected at Latvian borders
President Grybauskaitė: We must put a stop to mistralisation of European politics  (1)

A Polish air contingent currently serves in the Lithuanian Air Force Aviation Base in Šiauliai with British airmen. In September, the mission will be taken over by Canada and Portugal, before going back to Poland and Great Britain again in January.

NATO stepped up the guard of the Baltic air-space in the wake of Russian aggression in Ukraine. In addition to Polish MiG- 29 and British Eurofighter Typhoon in Lithuania, Denmark has delegated fighter jets to Estonia, and France has sent some to Poland.

NATO officer: exercise in Lithuania will be larger, adapted to Russian action (2)

Exercises in Lithuania and NATO 's other Eastern member-states will be larger and adjusted to the...

Integration team of the NATO Joint Force Headquarters Brunssum (the Netherlands) visited the...