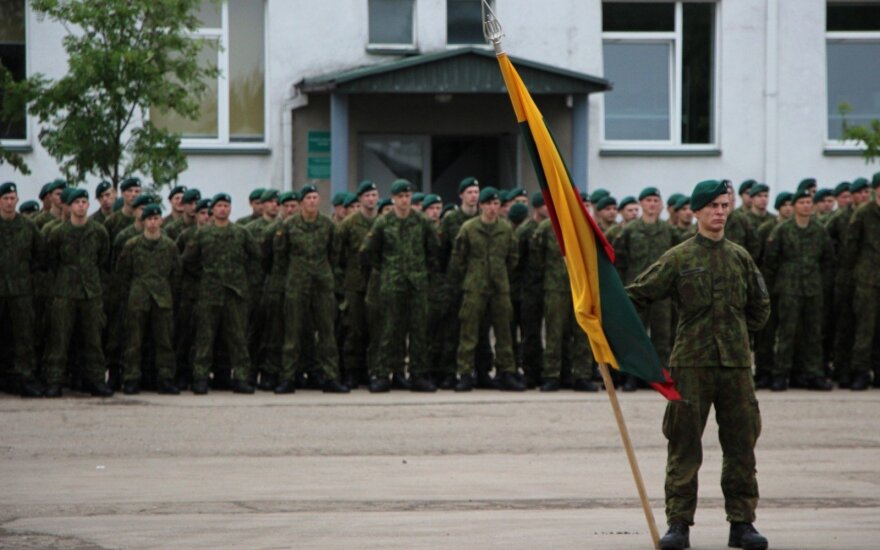 "Exercise Iron Wolf 2017 will run from June 12 to 23 to assess preparedness of the multinational NATO enhanced Forward Presence (eFP) Battalion Battle Group, deployed in Lithuania as of the beginning of the year and fully manned in May, to complete a variety of types of tasks side by side with allies," the ministry said in a press release.

The battlegroup, which is stationed in Rukla, is led by Germany. Belgium, the Netherlands and Norway have also contributed troops to the battlegroup and Luxembourg will join it in July.

The drills will take place in the southern, central and eastern parts of Lithuania and will involve around 5,300 troops from Lithuania and nine other NATO counties. In addition to the nations contributing to the battlegoup, it will also include troops from the United States, United Kingdom, Poland and Portugal.

"The soldiers will plan and arrange defensive and offensive operations for multinational battalion tactical groups that will operate in populated areas, and interoperability among allies will be improved. Exercise Iron Wolf 2017 participants will also train acting together with NATO units deploying from Poland thus joining the forces in the Suwalki Gap," it said.

The Iron Wolf 2017 drills will take place on June 12 through 23 as part of Saber Strike, an exercise in the Baltic states and Poland that is planned and organized by the United States European Command.

NATO troops stationed in Lithuania and Poland next week will train to defend the so-called " Suwalki...

Several tens of troops from Luxembourg arrived in the port of Klaipeda on Monday evening to join...

An international two-week exercise Iron Wolf II is kicking off on Wednesday in Lithuania's...