aA
On 3 November multinational Exercise Iron Sword 2014 will be officially opened at ceremonies at the General Silvestras Žukauskas Training Range in Pabradė and drill grounds of the Lithuanian Grand Duke Algirdas Mechanised Infantry Battalion in Rukla. 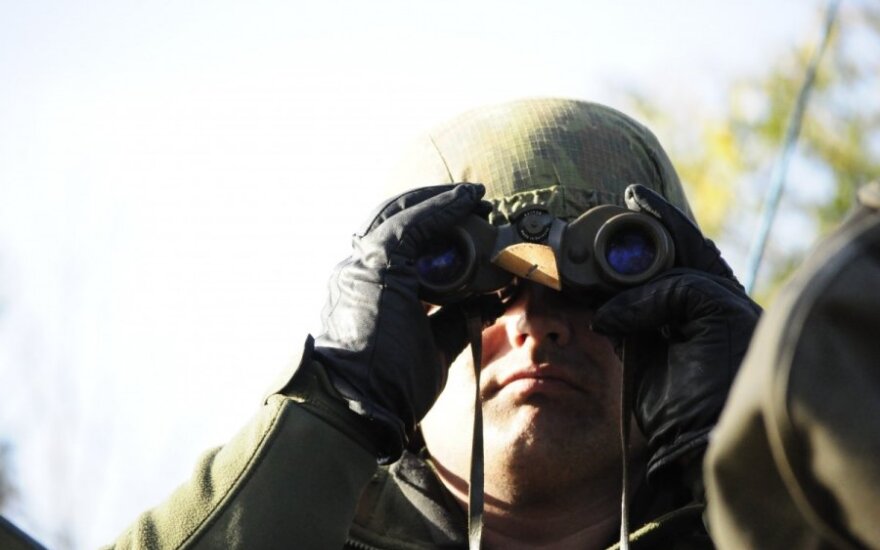 In total, roughly 2.5 thousand soldiers from nine NATO allies, the Czech Republic, Estonia, the US, the UK, Canada, Lithuania, Luxemburg, Hungary and Germany, will line up to open the exercise in both sites, the Ministry of National Defence said.

The opening ceremony at the General Silvestras Žukauskas Training Range in Pabradė will take place at 10:00 a.m. in the presence of the leadership of the ministry of National Defence and the Lithuanian Armed Forces, Ambassador of Hungary in Lithuania Zoltan Pecze, and others.

The contingent of the Hungarian Defence Force which will take part in the exercise and then stay in Lithuania till the end of the year will be officially welcomed at the opening ceremony. Approximately 140 members of the 5th Bocskai Istvan Infantry Brigade of the Hungarian Land Force will form a NATO battalion-sized unit with assigned Lithuanian and US companies which will take part in combined training events and exercises in Lithuania.

The parade for the opening ceremony at the General Silvestras Zukauskas Training Range in Pabrade will be formed by Lithuanian, US, British, Hungarian, Czech and German military personnel.

At the parade ground of the Algirdas Mechanised Infantry Battalion in Rukla the formal opening ceremony will take place at 1:00 p.m. The exercise will be announced open by the leadership of the Ministry of National Defence and the Lithuanian Armed Forces in front of a parade formed by Lithuanian, Estonian, Canadian and Luxembourg's soldiers.

The multinational exercise Iron Sword 2014 will run simultaneously in the two main training ranges of the Lithuanian Armed Forces on 2-14 November to train interoperability in NATO units, co-ordination of actions and readiness to complete defensive and offensive operations.

Soldiers from nine NATO nations and military equipment are being brought to Lithuania, where two...