MPs will be allowed to vote freely on reintroduction of conscription

BNS
aA
Every MP will decide individually on the reintroduction of conscripts, there will be no agreement on the matter, Lithuania's Parliamentary Speaker Loreta Graužinienė said on Monday after a meeting of representatives of ruling parties. 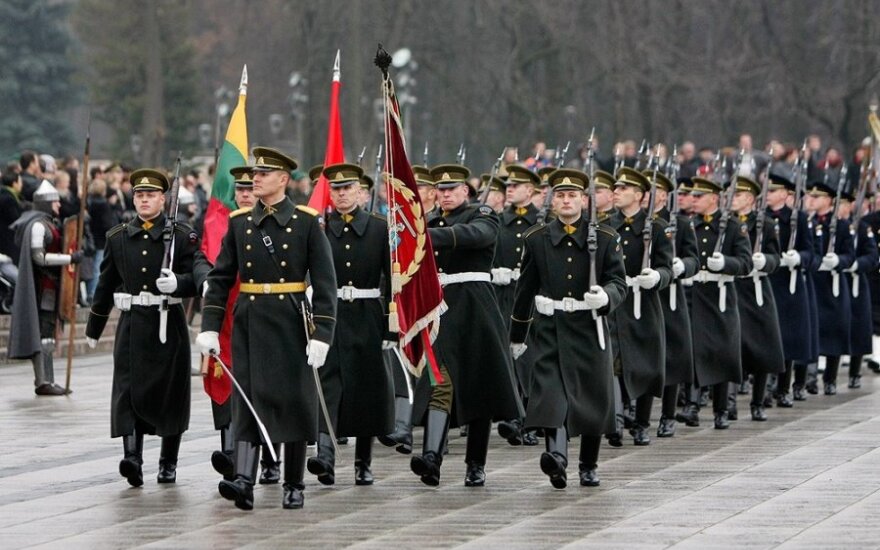 In Graužinienė's words, the bill on return of the conscription system will be proposed next week. The speaker said she did not know the position to be taken by the Labor Party she is the leader of.

"The political group will return, and every MP will have to vote individually, every one of them will make a personal decision, therefore, I think that there will be no collective decisions, it will be the personal responsibility of every MP," Graužinienė told journalists after a meeting of the ruling coalition's political council.

Meanwhile, Parliamentary Vice-Speaker Algirdas Sysas of the ruling Social Democrats said he is in support of professional army. In his words, meetings with voters have revealed the society's disapproval of the planned reintroduction of conscription.

"Opinions in the political group differ, however, during meetings with various audiences in various towns of Lithuania in the framework of the election campaign I did some mini surveys, and there were up to 10 percent of the audience at the most who would support the conscription army," said Sysas. Asked to specify his vote on the matter, the Social Democratic MP said: "I am in support of professional army."

During the discussion of the issue at the State Defense Council last month, both the Social Democrats leader, Prime Minister Algirdas Butkevičius, and Graužinienė spoke in support of partial reintroduction of the conscription scheme.

The Order and Justice party's leader Rolandas Paksas said that the political group had not yet discussed the matter. "The group will meet and we will know the stance of the MPs. My personal position is that our army has to be strong. And we have to discuss to see whether this is possible by way of professionals or conscripts," he said.

In response to the Russian aggression in Ukraine, the State Defense Council has proposed bringing back the conscription for five years. The move has already received a green light from the government, however, the final decision is up to the parliament. The bill should be discussed at the parliament on the fast track.

State and army leaders maintain the conscription is necessary to fill the army units and prepare a reserve. Around 3,000-3,500 young men aged 19-26 will be conscripted annually.

The conscription scheme was dropped back in 2008.