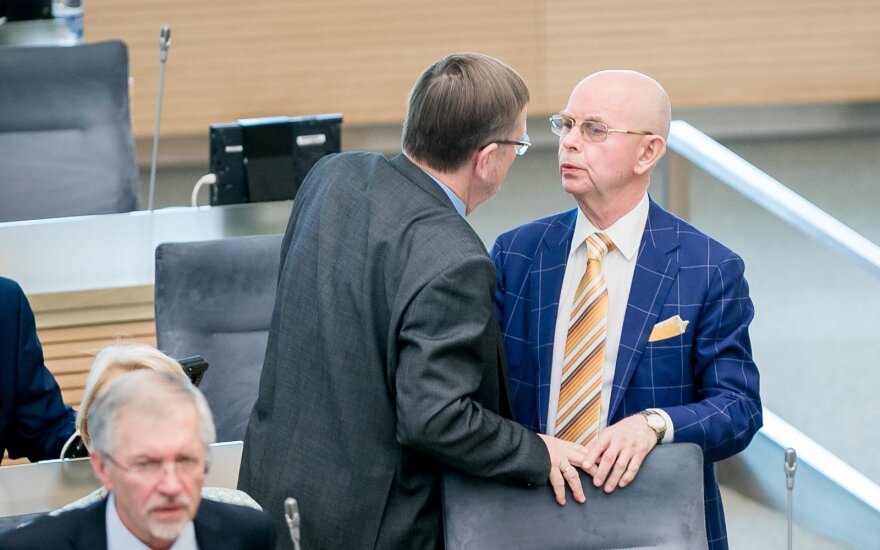 The influential former LSDP veterans left the party a few weeks ago before being expelled for disobeying the decision taken by the party's council to shift to the opposition.

The eight MPs have formed a group coalition with the ruling Lithuanian Farmers and Greens Union (LFGU).

Kirkilas told BNS on Friday that the new party would have the same name as the political group, i.e., the Lithuanian Social Democratic Labor Party.

In his words, the initiators expect to collect the required 2,000 signatures of founders within a month.

Meanwhile, ex-PM Butkevičius told BNS on Friday hew knew little about the new party, adding he was not undecided on participation in the new political force.

When leaving the LSDP a few weeks ago, the so-called rebels said they did not intend to split the party or create new forces that could harm the Lithuanian Social Democratic Party, adding they expected to return to the political force in two years.

Gintautas Paluckas , the leader of the Lithuanian Social Democratic Party, says he does not fear...