MPs to decide on new probe into influence on political processes

BNS
aA
Lithuanian lawmakers are expected to decide on Tuesday whether or not to open a new parliamentary investigation into influence on political processes and public authorities. 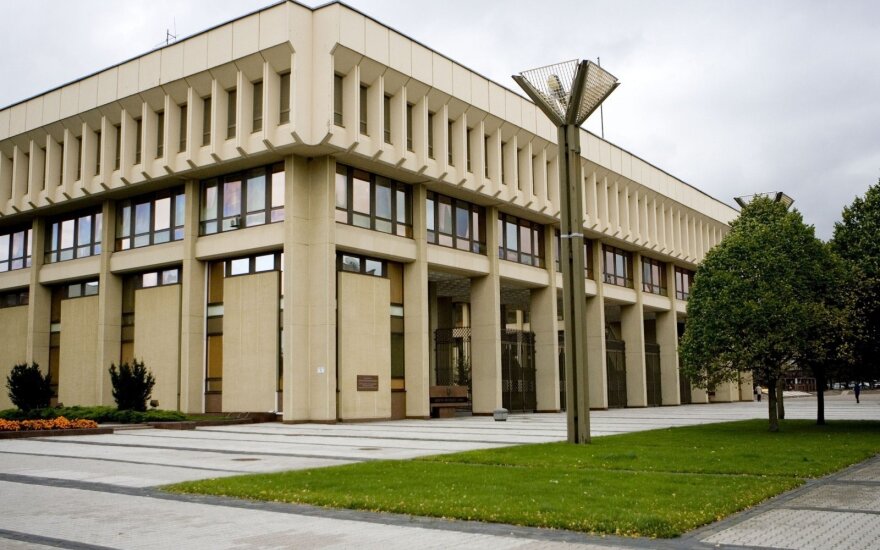 The Seimas is scheduled to vote later in the day on a resolution that calls for setting up a special commission.

Ramūnas Karbauskis, leader of the ruling Lithuanian Farmers and Greens Union (LVŽS), is initiating a new probe, saying that will be a follow-up to an investigation carried out by the the parliament's Committee on National Security and Defense (NSGK) last spring.

The commission would investigate possible unlawful influence on the legislative process, and the appointment of and activities by the heads of public authorities and civil servants and top executives of state-owned companies.

It would also be tasked with looking into how law-enforcement and intelligence bodies provided information available to them to the competent authorities and what steps were taken based on that information.

In its findings approved by the Seimas in early June, the NSGK says that Russia's energy giant Rosatom and MG Baltic, one of Lithuania's largest business groups, used non-transparent means to exert influence on political processes, thus posing a threat to national security.

According to the committee’s report, MG Baltic's top executives enacted a political scenario aimed at creating a new, Liberal party meeting the group's interests. In less than 10 years after the establishment of the Lithuanian Liberal Movement, a political party closely associated with its top executives, MG Baltic became Lithuania's most influential business groups.

It also says that politicians, businesses and media people seek to circumvent the existing ban on legal entities to financially support political parties, with forms of such support including off-the-book cash payments, discounts, donations to various foundations and covert advertising.

Justas Džiugelis is leaving the political group of the Lithuanian Farmers and Greens Union...

The political group of the Lithuanian Farmers and Greens Union (LVŽS) in the Seimas will discuss...