BNS EN
Lawmakers of the ruling Lithuanian Farmers and Greens Union (LFGU) and the Lithuanian Social Democratic Party (LSDP) expect to start the parliament's fall session on Sunday with an agreement on joint work, despite differences within the LSDP over the future of the government coalition. 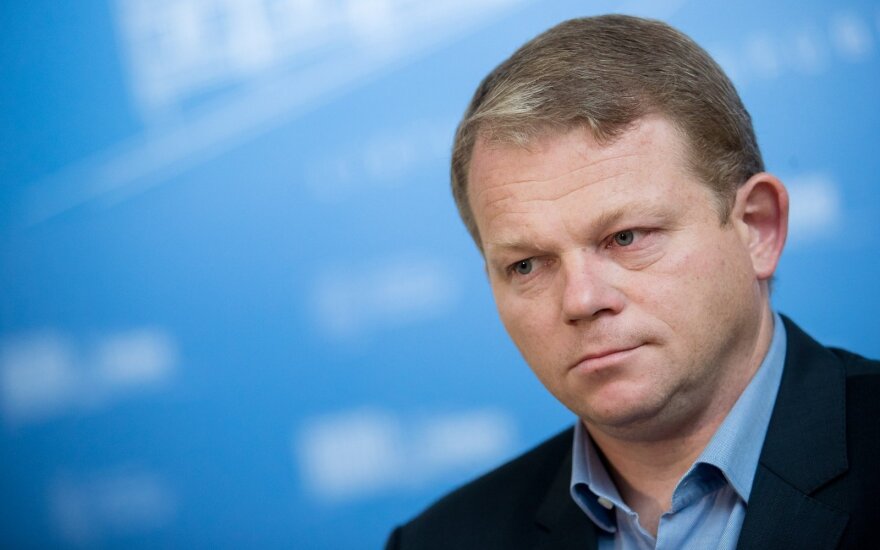 "We have asked for a final response on Sept. 10. A memorandum is being currently drafted and we will invite (MPs) to put their signatures on it so as to know how many of them are in favor of joint work," Viktoras Pranckietis, the speaker of the Seimas, told reporters after Thursday's meeting of the heads of the Seimas, government and political groups in the parliament.

Andrius Palionis, the head of the LSDP political group in the Seimas, said that it was not clear yet how the planned agreement on joint work between the LFGU and the LSDP would be called, adding that his group would decide on whether to sign the document on Sunday before the start of the first plenary sitting of the new session.

Related articles
President expects SocDems' decision to have no major impact on Seimas work
A lifebuoy for the government majority – an idea how to bypass G. Paluckas

Gintautas Paluckas, the new LSDP leader, has described the lawmakers' initiative as "a slap in the face" to the party, whose branches have until Sept. 20 to vote on whether or not to withdraw from the ruling coalition. A final decision will be made by the LSDP council, which is scheduled to hold a meeting on Sept. 23.

Forty-two of the party's 60 branches have already stated their position. Thirty-one branches are in favor of withdrawing from the ruling coalition, five propose to continue working with the LFGU and another six call for renegotiating the coalition agreement.

If the Social Democrats decide to not sign the agreement on joint work, Prime Minister Saulius Skvernelis has said that "the government will ensure that the decisions necessary for the state are adopted either as a minority or through other formal and informal agreements with other political groups".

Scenarios for how S. Skvernelis may act