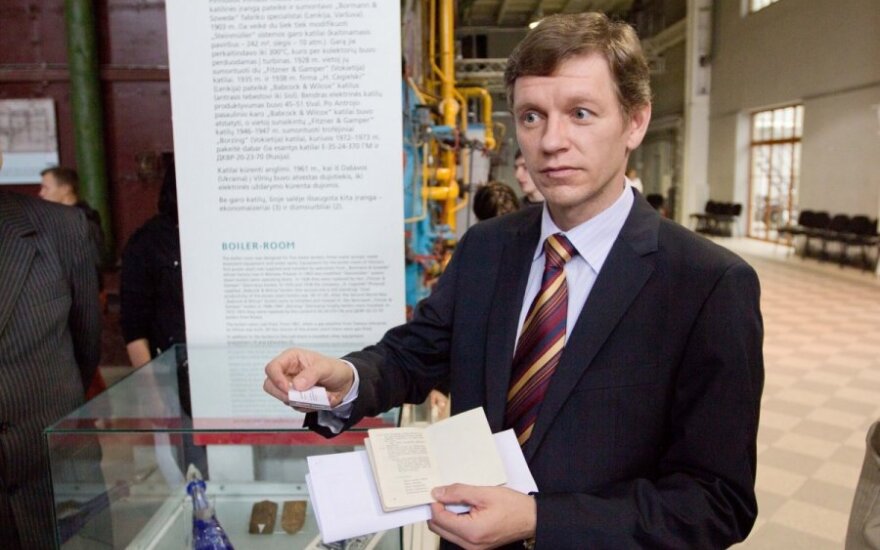 "Sadly, Sadauskas himself does not see any harm or guilt in his actions, as he could resign himself, his term is ending this year in any case. However, the person does not see any guilt, therefore, we turned to the Seimas speaker so that the Seimas, which appoints the official, voted on no-confidence," Liberal MP Aušrinė Armonaitė told BNS.

Armonaite, the initiator of the signature-collection drive, said 29 signatures were collected from political groups of the Liberals, the conservatives, the Social Democrats and the Farmers and Greens Union (LFGU).

The proposal to dismiss the parliament-appointed head of a state institution must be addressed in response to a written plea by at least a fifth of the 141-seat parliament.

Sadauskas fell in disgrace after a blog entry where he offered 1,000 euros "to a school student, a university student, a postgraduate student, a teacher or a scientist who will collect information, documents, materials and write a thesis (at least 10 printed pages) or a publication about individuals of Jewish nationality who killed people, contributed to deportations or tortures."

"This is pro-active anti-Semitism, because it clearly sets out the task for students to look for evidence that people of one nationality, specifically Jews, got themselves involved in killings or the organization of deportations," Armonaitė has said.

"It is neither academic nor ethical nor human, especially in view of the painful history of Lithuanian Jews," she added.

Viktoras Pranckietis, the speaker of the Seimas, has urged Sadauskas to resign, but the ombudsman said he did not plan to do so.

Sadauskas' term in office is expiring in June.

Lithuania's parliament will consider an obligation for international schools operating in the country...