BNS
aA
Members of the Lithuanian Seimas Delegation to the Parliamentary Assembly of the Organization for Security and Co-operation in Europe are proposing blacklisting Nikolay Ryzhak, a member of the Russian Duma, and ban him from coming to Lithuania. 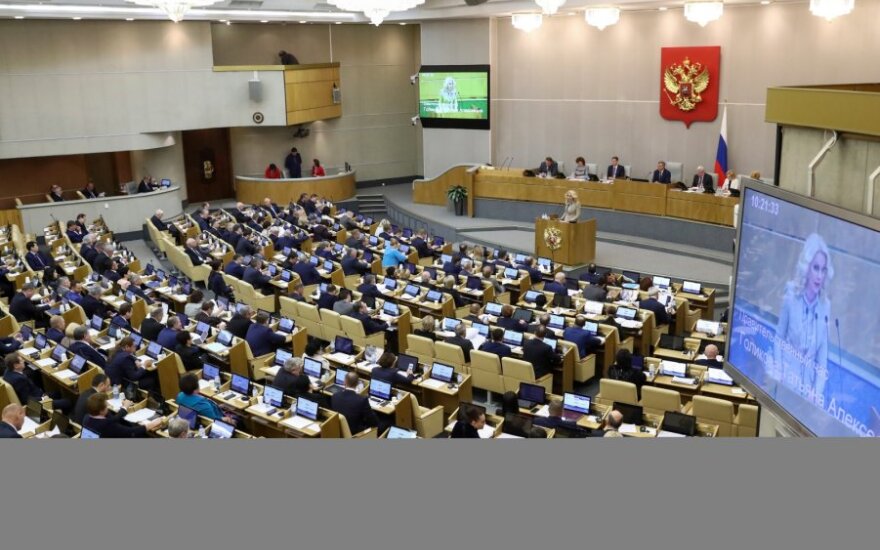 Such a request by MPs Ruta Miliute, Laurynas Kasciunas, and Vytautas Bakas has been presented to Foreign Minister Linas Linkevicius and Interior Minister Eimutis Misiunas.

It states that during an Assembly session, Ryzhak, being a member of the Russian delegation, recognized and justified in his official statement the mass deportations of residents of Lithuania and other Baltic states by the Soviet Union after the war.

"Yes indeed, we recognize that historic fact that we had to deport part of the society. But only part of it, not the number in question. Because some people supported the Fascist regime and disparaged their own nation, and that's a fact," Ryzhak was quoted as saying in Kasciunas' statement.

The Lithuanian MPs say the Russian lawmakers in fact justified the brutal war crimes and crimes against humanity and also incited hatred and violence.

"The prevention of disinformation, incitement to hatred and violation of human dignity, and punishment for such activities is a lawful and justified basis for the restriction of freedom of expression, recognized by international, European and also Lithuania's national law," Kasciunas said in the statement.

Lithuania's National Cyber Security Center warned on Tuesday about the risk posed by some of the...

Roman Ruzhechko , a suspect in a Russian oil pipeline contamination probe who was detained in...

A gathering was held in the Cathedral Square in Vilnius on Saturday in support of Russian...

The European Parliament called on the European Commission on Thursday to counter Russia's attempts...