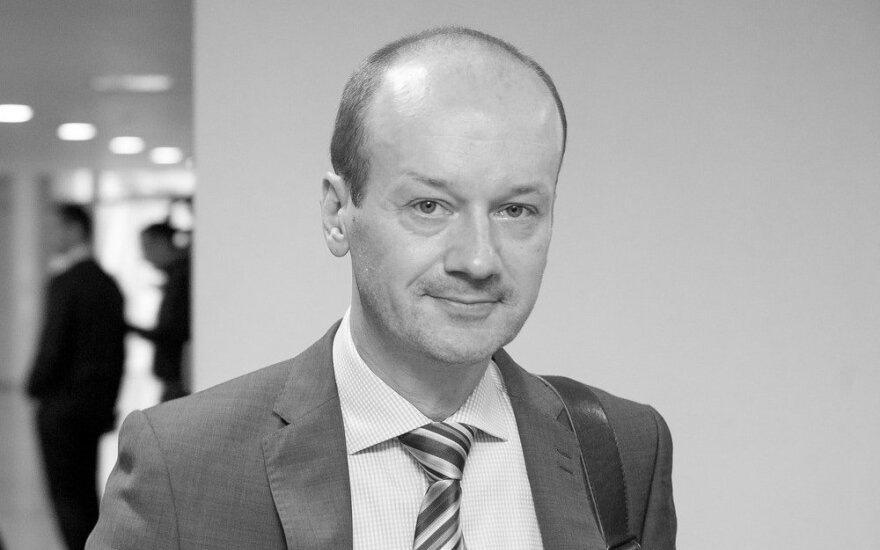 Born in July of 1972, he graduated from then 27 th secondary school in Vilnius in 1990 and later studied journalism at the Vilnius University's for six years.

He also studied at the Indian Institute of Mass Communication and the European Center of Journalism.

He was first elected to the parliament in 2008 as candidate of then National Resurrection Party of Arūnas Valinskas and joined the political group of the conservatives in 2011.

"It is an enormous tragedy for the family – my condolences first of all go to the family and relatives, as well as those who worked together. Speaking about the individual, my first impression was that he was a person of culture, always speaking clearly, a master of word, consistent and courageous," the parliamentary speaker told BNS.

He applauded Žilinskas' openness in his stance about homosexuality, as well as the lengths he walked to overcome alcohol addiction.

"You all know his confessions to the society, the first and the second one, we owe him respect for being an example and probably the first example in politics who went public with the truth. Regardless of him being in opposition, he was always engaged in consistent work," Pranckietis added.

In a public message of condolences, he emphasized that Žilinskas would be remembered as an unusually talented and dedicated journalist, also an active MP with multiple interests.

Žilinskas is also the first parliamentarian to openly come out as gay. In 2010, he took part in the first LGBT parade in Vilnius.

Andrius Navickas, a religious expert and publicist, will replace Rokas Zilinskas, who passed away last...

Academician and former education minister Zigmas Zinkevičius passed away in Lithuania at the age of...

Lithuania's top-ranking officials have delivered condolences over the passing of tenor Virgilijus...