BNS EN
aA
Gintaras Steponavičius of the Lithuanian Liberal Movement said on Friday that he would not step down as a lawmaker despite calls from Viktoras Pranckietis, the speaker of the Seimas, to resign amid illegal funding suspicions 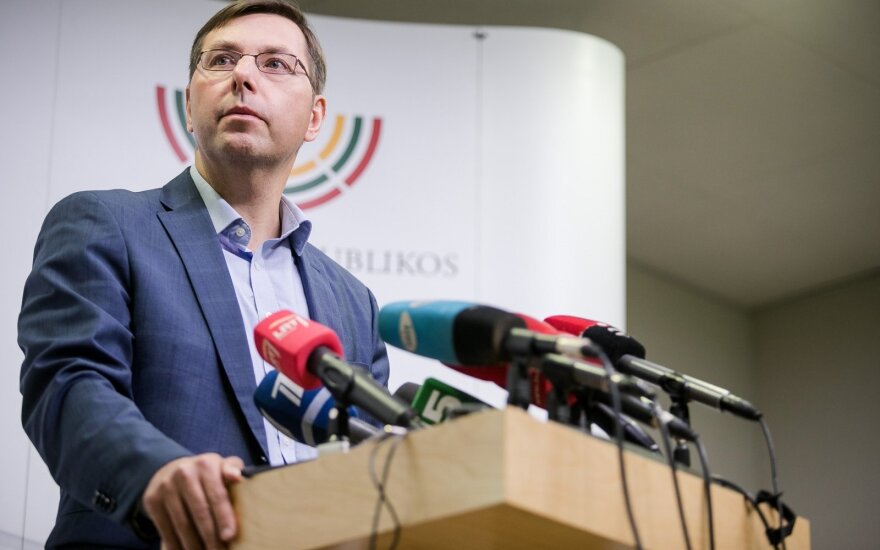 Steponavičius said that he should not be identified with a political corruption case in which Eligijus Masiulis, a former leader of the Liberal Movement, is suspected of taking a bribe from MG Baltic, one of the country's largest business groups. In his words, business people legitimately supported his civil projects.

"I totally disagree with the prosecutors' interpretations that the civil projects' activities run counter to law," he told reporters after meeting with Pranckietis.

The speaker said that the prosecutors' suspicions cast a shadow on the Liberal Movement and the Seimas as a whole.

According to Pranckietis, they plan to set up a commission regarding the prosecutors' request to lift Steponavičius' legal immunity and the parliament may vote on this issue as soon as on Thursday if the panel drafts a resolution by that time.

The Prosecutor General's Office said on Thursday that they had sufficient grounds to suspect that Steponavičius had personally met on more than one occasion with a top executive of a business group and discussed with that person money transfers that were later used to illegally finance the lawmaker's political party, his support foundation and his parliamentary election campaign. The prosecutors also suspect that the parliamentarian has voted in favor of legislation benefiting the group's interests.

Steponavičius admits that he had met with MG Baltic Vice-president Raimondas Kurlianskis and asked him to financially support his foundation and a public establishment, but he insists that these activities were transparent and legal.

PM thinks suspicions may be brought against Liberal Movement