BNS
aA
Gintaras Steponavicius, a Lithuanian MP charged with abuse in a high-profile political corruption trial involving MG Baltic, one of the country's biggest business groups, doubts if secret recordings of his conversations and his earlier testimony were correctly reflected in the case. 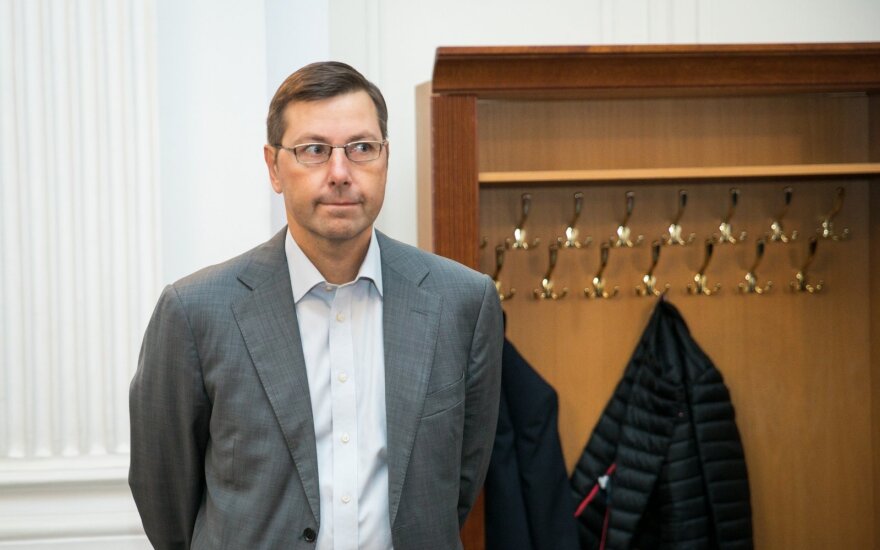 Steponavicius claims that some of the testimony he gave during the pre-trial investigation is missing in the transcripts and that his conversations with Raimondas Kurlianskis, MG Baltic's former vice-president, were distorted.

"There are places where the transcript clearly does not match what we actually talked about," he told Vilnius Regional Court on Wednesday.

In the MP's words, the transcripts do not include investigators' questions that could be regarded as biased.

According to Steponavicius, he refused a lawyer's presence at the interviews because he had nothing to hide, although he was advised that evidence could be used against him.

The politician claims that the prosecutors led him to believe that no charges would be brought against him.

"The prosecutor reassured me during an interview that 'I don't want to make any decisions that would ruin your career'," Steponavicius told the court.

"I answered as a witness and (...) I didn't have a slightest thought that I could be accused of committing criminal acts," he added.

Steponavicius, a former high-ranking member of the Liberal Movement, is accused of holding talks with Kurlianskis, another defendant in the trial, over illegal funding for his party via a support foundation bearing his name and Laisves Studiju Centras (Center for Liberty Studies), an organization founded by him.

According to law-enforcement officials, Steponavicius voted in favor of legislation beneficial to the business group after it agreed to provide support for these organizations. The MP was charged with abuse without signs of bribery.

Steponavicius admits that he discussed support for the two organizations with MG Baltic, but insists that he did not break the law and did not vote in favor of decisions favorable to the group.