BNS
aA
MP Naglis Puteikis says he is considering pulling out of the Lithuanian presidential race, but does not know yet which candidate he will support. 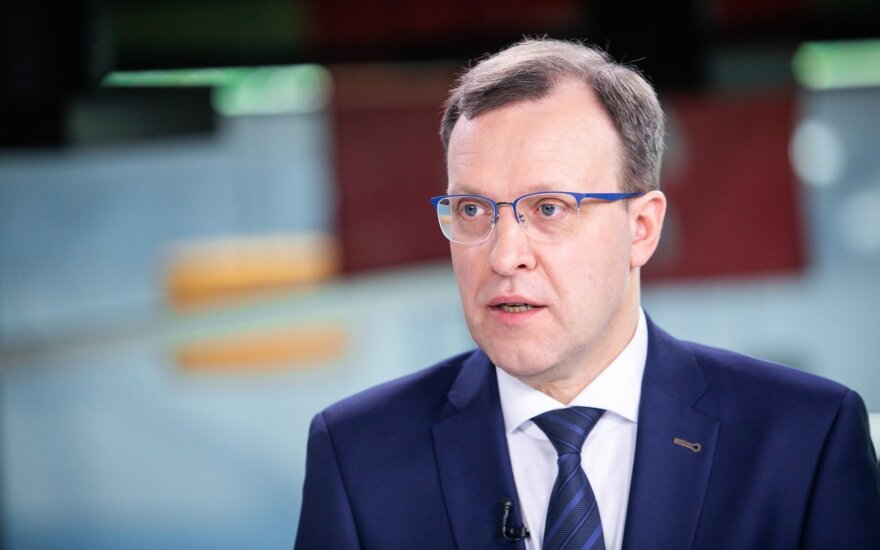 "I think we should discuss it and suggest that myself and (Mindaugas) Puidokas withdraw in someone's favor," he told reporters at the Seimas on Wednesday.

Since the final list of candidates has been approved and early voting is ongoing, withdrawing one's candidacy would be a symbolic gesture.

Puteikis' name will remain on the ballot and voters will be able to vote for him.

"Sunday is the key voting day. Final debates will take place on Friday and candidates aren't banned from campaigning against themselves or in someone else’s favor," the politician said.

He mentioned Prime Minister Saulius Skvernelis, philosopher Arvydas Juozaitis and European Commissioner Vytenis Povilas Andriukaitis as the candidates he could possibly back in the election.

The lawmaker said he had explained his idea to Ramunas Karbauskis, leader of the Lithuanian Farmers and Greens Union (LFGU), a week before.

"I suggested this to him, because I think that bankers' representatives may make it to a runoff," he said.

Other candidates standing in the election are economist Gitanas Nauseda, MP Ingrida Simonyte, and MEPs Valentinas Mazuronis and Valdemar Tomasevski.

Laura Matjosaityte, head of the Central Electoral Commission, says candidates cannot withdraw from an election at a stage where the final list has been announced and ballots have been printed.

"There's no way back. A candidate could just announce that they are out of the race," she told BNS.

Lithuania will elect its next president on Sunday. If none of candidates wins at least 50 percent of the vote, the two leading candidates will face each other in a runoff on May 26.

Early voting in Lithuania and abroad started on Monday and will continue through Friday.